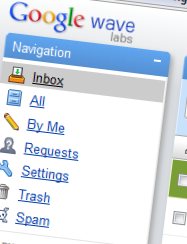 Launched in an aval

Launched in an avalanche of publicity last year, Google Wave was meant to set the world on fire. The Guardian described the buzz that met its announcement as a "geekgasm". The BBC reckoned it got a "broadly positive reaction". And although Techcrunch called it "ambitious as hell," they also acknowledged "the possibility of it falling on its face". A year-and-a-bit later and that last comment looks rather prophetic. Because Google has decided to stop developing Wave as a standalone product. They're pulling the plug. It's a far cry from when invitations to join the free service - at one point the only way of signing up - were changing hands on eBay for £35 a pop. What was it for? Despite Wave's early positive coverage from the technology press, it was never really embraced by the geeks. And let's face it: if they didn't get it, businesses never had much of a chance. Part of the problem was simply that Google Wave is really hard to understand. So hard, in fact, that it spawned easiertounderstandthanwave.com, a website which compares the tool to other tricky-to-understand concepts. Like Sarah Palin. And cardiothoracic surgery. Not a good start. Did your business use Wave? Despite all the confusion it caused, it does seem a bit of a shame that Wave's life is coming to an end. From what I've seen of the service, and despite its user-unfriendliness, it does have (or had) some potential as a tool to help people in small businesses work together. I think that potential lay in the fact that it gives you access to a bunch of tools in one place, with no expensive hardware or software to buy, and no set up hassles. For companies with people working from more than one location, these kinds of tools can make communication easier. WebWorkerDaily has some good thoughts on Wave's most useful features and how businesses can use them, and Chris Brogan has summed up his reasons for loving the service. Most of the really useful features tend to revolve around being able to edit documents together in real-time. Other features - like the ability to play back an online conversation - are eyecatching, but in practice I'm not sure many businesses would actually use them. So there you go. In its short lifetime, Google Wave created a tsunami of publicity, built a justifiable reputation as being difficult to understand, and ultimately became one of those services that lots of people logged in to once, and then never again. However, although the product is dying, I think there's a good chance some of its features will live on in other services - even if they don't come from Google itself. Did you ever try Google Wave?