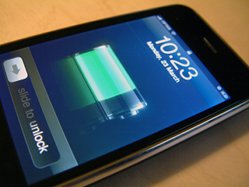 Smart phones are portable and valuable, making them prime targets for theft. Some reports suggest that 20,000 mobile phones are lost or stolen in the UK every day. And with the Olympics expected to attract extra opportunistic thieves, now's not a bad time to give your smart phone security the once-over.

Quite apart from the cost of replacing a phone (Apple's top-of-the-range iPhone costs £700!), you need to think about the value of the data stored on it too. All those contact details, emails, files, photos ... could you afford to lose them? That's why this Friday, we have three crucial security tips every smart phone owner should follow:

1. Regularly back up your phone

Most smart phones come with software to copy data to your computer, creating a backup of everything on your phone in case it gets lost or stolen. iPhone users will be familiar with iTunes. Android handsets usually come with something similar, like Samsung's Kies software.

Be careful though - if you keep your phone and laptop in a bag which gets stolen, you could lose your backup too. Perhaps it's better to back the data up online. Again, most smart phones offer this option: Apple has iCloud, and MyBackup Pro is a good option for Android phones. If you use a BlackBerry, check out the BlackBerry Protect app.

Keylock is the first line of defence when a thief gets their hands on your phone. It prevents them from accessing any of the phone's functions without entering a PIN code or drawing a certain pattern on the screen.

Every smart phone offers a keylock and you should definitely use it. Many handsets also have an auto-erase option, which wipes everything from the phone if an incorrect PIN is entered too many times.

3. Track your phone from afar

Mobile apps can help you fight back against mobile phone thieves. GPS functions can pinpoint where a stolen phone is. And - as news stories show - the police are becoming increasingly switched on about how to use these tools to recover stolen property.

Some tracking tools let you remotely wipe the phone too, but the key is to install one now. Because once your phone's gone, it's too late to do anything about it!