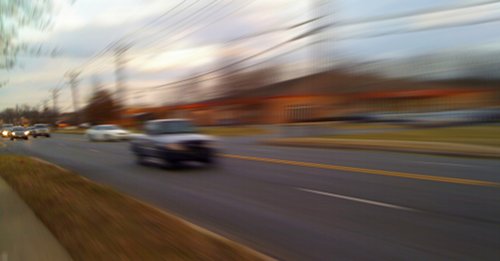 How fast is your broadband? (Image: krossbow on Flickr)

Come on coalition, pull your fingers out and get us the broadband we need. That could be the message to take from a recent ISPreview.co.uk poll, which found that of 1,600 broadband users questioned, only 34% actually received their desired internet connection speed.

Yes, that is the reality of the 'broadband Britain' we live in today. Most internet connections still rely on shonky old copper telephone wires, a technology which has been around since Alexander Graham Bell invented the dog and bone. As a result, we're stuck with connections that regularly fail to meet our expectations.

Just to muddy the waters further, internet service providers frequently use best-case connection speeds in their advertising, even though most people don't have the slightest hope of ever achieving them.

It's no wonder we get frustrated. And that's before you bring the government into the picture. It has set a target minimum connection speed of 2Mbps (megabits per second), saying everyone in the country should be able to achieve it by 2015.

But to put things into perspective, the average connection speed in Latvia is 8.8Mbps. In South Korea it's over 15Mbps. (Source: Akamai State of the Internet.)

What's more, only 4.7% of the poll respondents said that 2Mbps was adequate for their needs. As Mark Jackson, founder of ISPreview.co.uk, explains: "Clearly 2Mbps isn't enough with only 4.7% of respondents claiming to need such a speed and everybody else wanting something far faster."

Perhaps the EU's Digital Agenda for Europe is more realistic. It wants 100% of people to have access to broadband at 30Mbps or above, but not till 2020.

Although much of the UK still isn't getting the broadband it deserves, there are some bright spots. BT continues to roll out its Infinity service. Business packages start from £30 a month and include a prioritised service so your connection doesn't suffer at peak times. Its biggest competitor is Virgin Media, which offers its 60Mbps service for under £30 a month.

Both these services are good deals and should seriously outperform any broadband connection based on old-fashioned ADSL technology. But - of course - they're only available if your business is based in an area these providers cover. And that's the sticking point for many companies, particularly those based in more rural locations.

Is your broadband connection adequate? Do you pay through the nose for it? Leave a comment and let us know.