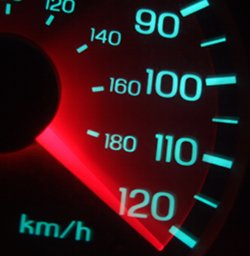 Lethargic laptop? Dodgy desktop? If your computer's starting to feel long in the tooth, that doesn't mean you have to consign it to the scrap heap just yet.

You can boost your computer's performance on almost any budget. So here are upgrades to fit four price ranges, starting at a cost of £0.

Well, this is tricky. How do you improve the performance of an ageing computer without spending a penny?

For modest performance gains, go and grab a copy of CCleaner and run it on your computer over lunch. It'll free up disk space, shut down unnecessary programs that run at startup and generally speed things up a bit.

If you're feeling more adventurous, you could ditch Microsoft Windows in favour of an operating system that doesn't demand so much from your poor old computer. The obvious option is Linux. There's lots of choice, but Ubuntu and Mint are both popular. However, they can be intimidating if you've never stepped outside Windows before.

Having said that, some versions of Linux can be as demanding as Windows, and Microsoft has worked hard to make recent versions of Windows more efficient. Proceed with caution, then. A good option is to try running Linux from a CD, so you don't make any permanent changes to your computer.

There's one really obvious candidate in this price range: extra memory for your computer. Boosting the amount of RAM (random access memory) your PC has is usually the single most effective way to increase its performance without spending hundreds.

For instance, if you'd bought a Dell Inspiron 1520 laptop back in 2010, it might have come with 1GB (gigabyte) of RAM. It costs just £34.99 + VAT to quadruple this - and while its performance isn't going to quadruple too, things will certainly feel a lot snappier.

Crucial make and sell RAM, and their website has a good tool to help you find the right memory for your computer. You can also buy it from eBuyer, dabs.com and PC World Business.

Installing extra RAM is usually pretty easy, even if you've never delved inside a computer before. Here are video guides for laptops and desktops.

How you choose to spend £100 will depend on how you use your computer and what sort of computer you have.

If your computer's a year or two old and still feels adequate for work, you might want to simply buy a bigger monitor or add a second screen. Having more space to work in can boost your productivity impressively.

Alternatively, you can add an extra hard drive or replace your existing drive. Here you have a couple of options:

Now we're into serious money. At this level, think long and hard about whether your money should be spend on an upgrade or put towards a new computer. Less than £400 can get you a capable desktop computer, like this Dell Vostro.

How to decide whether to upgrade >>

If you decide to upgrade and have a desktop PC, your budget should cover an entirely new motherboard and CPU.

Replacing these items can make a huge difference to performance. The motherboard is your computer's main circuit board, so replacing it should remove any bottlenecks. The CPU (central processing unit) is your computer's brains, so if you swap it you'll see the performance jump - as long as the other components are up to it.

You'll need to do some research to determine the best motherboard and CPU to upgrade to. Speak to your IT support company or computer manufacturer if you're unsure. Companies like Misco, eBuyer, Dabs and Amazon sell motherboards and CPUs.

If you're not ready to rip out the guts of your computer, or you own a laptop (replacing a laptop motherboard is near-impossible!), take another look at solid state drives. At this sort of price you can get a large SSD for your laptop, meaning you'll be able to see significant performance benefits without compromising on storage space so much.

If you're willing to spend around £300, you should be able to get a 500GB SSD, like this model from Crucial or this Samsung drive.

Have you upgraded your computer recently? Let us know how it went in the comments.