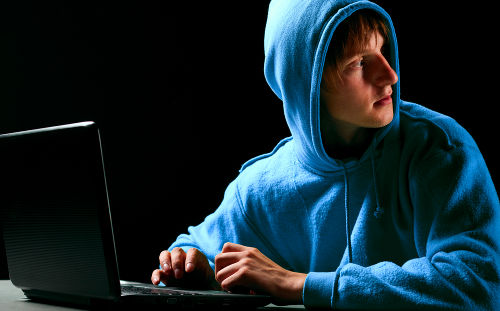 Security breaches and hacking attempts seem to be in the news all the time. And the stories tend to focus on the organisations that have been hacked, rather than dwelling on who's doing the hacking.

Perhaps as a result, there are lots of myths and misconceptions about hackers. Read on and we'll explode five of the most common.

Just because the newspapers only report when big companies get hacked doesn't mean that smaller firms are safe.

In fact, there's evidence to suggest hackers are increasingly targeting small firms, which may hold valuable data - like customer details or intellectual property - but don't have big resources to invest in security precautions.

For instance, one poor newsstand owner ended up around £14,000 out of pocket after his cash registers were hacked to send customers' credit card details to Russia.

Are some hackers kids just out to cause mischief and gain kudos online? Sure.

But don't make the mistake of thinking that the stereotype holds true for everyone who might try and break into your computer systems.

These days, hacking is big business. There's a big black market for stolen information like credit card details. Hackers are coordinated, organised and professional about what they do, because they can make money doing it.

Hackers don't steal information by sitting at their desk working out how to break through your firewalls, work out your encryption and read your data. Well, most of them don't.

These days they're more likely to put their efforts into creating a convincing phishing website to steal your log in details.

Why? Because it's easier and it works.

Don't assume that because you use an Apple Mac, you're safe from hacking attempts.

While it's true that Microsoft Windows attracts most attention from hackers, that doesn't mean they aren't also finding ways to break into other platforms and devices.

In fact, with data spread across smart phones, tablets, laptops, desktops, CDs, portable hard drives and in the cloud, you could argue there are more targets than ever for hackers.

Myth five: you can only stop hackers with security software

Yes, you can block hacking attempts with a strong firewall, and fend off many threats with good security software from a company like McAfee or Symnatec.

But don't let good security software lull you into a false sense of security.

Hackers have long realised it's people who are the weakest links in any line of defence. We're all susceptible to social engineering, which is why hackers use flattery, confidence tricks and outright lies to trick you into revealing sensitive information or granting access to key systems.

There are some good examples of social engineering here.