Have you tried Windows 8 yet? With its new interface designed for touch screen computers, it's caused some confusion among people who are used to the traditional Microsoft Windows dektop and start button.

The former is still there, albeit hidden behind a new whizzy start screen. But the ever-present start button, which has illuminated the way to key software since 1995? It's gone for good.

Or at least, so we thought. But as it turns out, Microsoft has performed a u-turn of sorts by announcing that a forthcoming update to Windows 8 will reinstate a start button.

It's not the same as the old faithful start menu, of course.

Instead of popping up a full menu listing applications, documents and useful destinations on your computer (like the Control Panel), the reinstated Windows 8 start button will simply send you back to that start screen, which looks a bit like this: 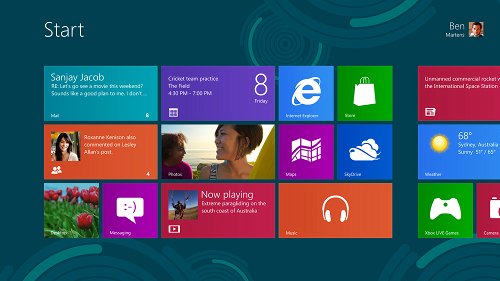 It feels like a fudge. Microsoft has suffered significant criticism for removing the start button, and reinstating it looks like an easy way for the tech giant to say 'we've listened and taken action', without really changing how Windows 8 works.

In some ways, the company is to be admired. The new start screen might well be the way forward, especially as touch screen laptops become more common.

But for now, if you're using Windows 8 and pining for the old-fashioned start button's functions, your best bet is to use third-party software to recreate it for yourself.

The new start button will be part of a free update to be released later this year.