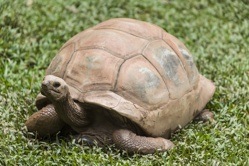 If you seem to spend much of your working day cursing your slow internet connection or turning your router on and off to get it working, then the latest statistics on UK broadband might come as a surprise.

According to the EU Commission, the UK actually does pretty well when it comes to broadband prices, speeds and connectivity - at least compared to the other 26 EU states.

The latest figures show that a broadband connection with a speed of 8 - 12 megabits per second (mbps - that's typical for an ADSL connection that uses a standard phone line) costs an average of €19.78 a month. That's well under the overall EU average.

Similarly, if the figures are to be believed then 70% of the population now has access to so-called 'next generation' connections of 30mbps+, which are typically delivered via fibre-optic cables. That's well above the EU average.

Or buy IT equipment now from these trusted suppliers:

Given that we live in a country where online shopping is high and internet businesses account for a significant slice of GDP, perhaps we shouldn't be surprised.

So, why are people's perceptions often so different? After all, we've moaned enough on our blog about the state of UK broadband.

Well, although the UK broadband market looks pretty healthy at face value, the headline figures do obscure a couple of important facts.

Many businesses still find there's a big difference between the advertised 'up to' speed of their internet connection, and the speed they actually receive.

This is caused by the nature of the copper wires used for most broadband connections, but the result is that it can feel like you're paying for a connection you don't get.

The EU figures back this up. If you're using some sort of DSL connection (usually advertised as 'up to'), on average you only get 45% of the advertised speed. For instance, I'm writing this on an 'up to 20mbps' connection that tends to run at about 10mbps.

Many still can't get a next-gen connection

Although the EU figures suggest 70% of people can now opt for a faster fibre connection, that still leaves 30% of the population who can't. That's a significant proportion of businesses unable to benefit from properly fast connections that are reasonable value.

But then perhaps we shouldn't criticise this fact too harshly. The pace at which providers are rolling out this superfast broadband has increase significantly over the last year or so.

You can use this broadband availability checker to see what's available near you, or search for specific packages using uSwitch.