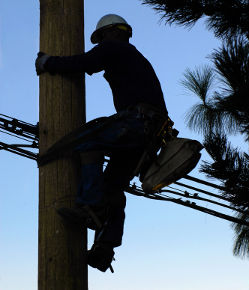 A recent survey by ISPreview.co.uk found 62% of respondents think the process of switching broadband suppliers is confusing.

That won't come as a surprise if you've ever tried to unpick the muddled web of ADSL, fibre and cable broadband, limited offer pricing, additional line rental costs, contract terms and MAC codes.

It's enough to put anyone off. The sheer length of this guide to switching would be funny, were broadband not such an essential service for consumers and businesses alike.

It's good news then, that telecoms regulator Ofcom is aiming to sort out the process. A new, simpler solution should be unveiled later this summer.

However, although these efforts were supported by 93% of the survey's respondents, cost could be a significant problem.

To stop people being switched without their knowledge, Ofcom has suggested the new process may include a verification step.

Good for security, but as it would almost certainly cost broadband suppliers to implement this step, their customers could see prices rise.

Just 27% of respondents said they'd continue to support the process if it caused their monthly charge to increase, or incurred other extra fees.

It remains to be seen just how much costs could increase by, if anything. But as ever, we're unlikely to be in for a free lunch. If you want your broadband simpler, then you'll probably have to pay for it.