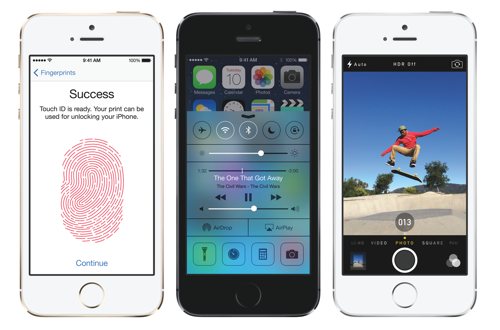 In what has become a traditional September event, Apple last week announced the latest additions to its iPhone range.

If you're in the market for a new business mobile, here's our quick guide to the new iPhones:

Should you buy a new iPhone?

It's been a while now since any new smart phone has offered much more than incremental improvements on earlier models. And it's a similar story with iPhone 5s and 5c. Sure, the fingerprint reader is neat and other improvements sound welcome.

However, if you already own a relatively recent iPhone (a 4s or 5) then there's no compelling argument here to upgrade, unless you've filled your current handset to capacity.

Owners of earlier iPhones will probably find they're getting a little long in the tooth by now. In that case, upgrading to one of the new models probably isn't a bad move.

Similarly, if you're considering buying your first iPhone then now is a good time, because it'll be a year or so before another improved model is announced.

In all cases, unless you're set on having a colourful iPhone or the price difference really matters, you'll be better off opting for the 5s over the 5c. It's much more powerful, has much better features and is likely to last you longer as a result.

Don't let all the buzz around the new iPhones blind you to competing handsets. While Apple arguably offers the most integrated and simple user experience, other manufacturers offer smart phones that you might find more suitable — especially if you're not already tied into Apple's way of doing things.

CNET has a good comparison of how the iPhone 5s and 5c stack up against competing handsets from HTC and Samsung. Suffice to say, if Apple isn't your thing, there are plenty of powerful alternatives out there.

iPhone 5s will be available from Apple on 20 September. You can order iPhone 5c now. Learn more >>