Predictions. They can be tricky to get right. We asked experts what they thought would be the big tech developments in 2011, 2012 and 2013. Their success at predicting the future was variable, to say the least.

Rob Collins was spot on early this year when he said Windows 8 adoption would be slow. On the flipside, 3D PowerPoint never gained any popularity, although frankly we’re baffled as to why anyone ever thought it would.

With the end of another December nearly upon us, this year we've asked more experts than ever what's ahead in 2014. How many of these predictions do you think will come true?

Jack Schofield writes The Guardian’s Ask Jack column. He told us that 2014 might be the year augmented reality gets a foothold:

“I think augmented reality might finally make a breakthrough on smartphones (rather than Google Glass), but mainly for advertising. If I'm right, you may hear about Aurasma, Metaio, Vuzix, Blippar, Wikitude or Qualcomm's Vuforia. One or two of these could be big.”

If you’re not familiar with the idea, augmented reality (AR) layers digital information on top of the real world. With AR, if you hold your smart phone up when you’re walking down the street, it’ll point you towards shops offering deals for you. An annoyance for consumers, or a marketing opportunity for your business? 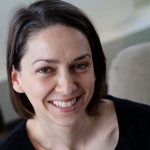 Francesca Geens runs Digital Dragonfly, a firm that helps independent professionals get, maintain and improve the technology they need. She told us 2014 will be the year of virtual teams:

"Businesses are going to grow and collaborate more through virtual teams, which means products that allow for virtual collaboration will mature and grow.

"Watch out for the next versions of file-sharing services like Dropbox, Google Drive, SharePoint and so on — plus voice and face-time sharing tools like Skype, Lync, Google Hangouts and newbies like Sqwiggle.

"I’ll be looking for new features or services that make it easier for scattered teams to deliver projects, work as teams and develop their corporate cultures online."

If working remotely is going to get even easier, perhaps where your staff are physically located will become less important in 2014. 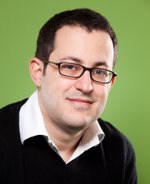 “Mobile commerce revenue is expected to reach €19.2bn in Europe by 2017 and in North America, nearly 50% of our subscribers’ transactions are on mobile devices.”

“I predict that real-time, location-based mobile targeting will be a major tech trend for SMEs in 2014, as physical and digital worlds continue to converge.

“Central to this will be the development of predictive apps that can detect consumers’ locations and reach them on the move ensuring they get the same level of service with digital.”

“For example, if customers immediately receive information, offers and deals to their mobile devices when they are in the vicinity, they will be encouraged to visit and buy from local businesses.”

4. The internet of things creates a data explosion 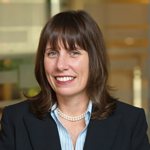 Karen Tegan Padir is chief technology officer at Progress, a company that helps organisations develop applications to manage data. She says that more devices means more data — and that makes things harder for businesses trying to make sense of that information:

“The Internet of Things — composed of wearable personal technology, smart consumer and medical devices, as well as connected machines and sensors located all around the planet — is about to make the challenge even greater.”

“These devices are going to ignite an explosion of new data that must be harnessed, meaning scalability and complexity will take on new meaning. Furthermore, ever improving ‘smarts’ will mean device-to-device 'conversations’ will start to become more important than user-to-user ‘conversations’.”

Hmmm. Machines talking to each other? That reminds us of an upcoming blog post explaining how you could soon be able to communicate directly with your online shopping. More on that in early January.

5. Google gets (even) smarter

Rand Fishkin is CEO of Moz, one of the biggest and best sources of search engine optimisation advice out there. He sees Google getting cleverer in 2014, employing new techniques to weed out poor websites from its search results:

“I believe in 2014, we're going to see Google continue to lean away from links and keywords as the core of its relevancy and ranking systems towards more complex signals that are harder to manipulate.

“As part of that, I see crackdowns coming for links in embeds (infographics in particular, but probably other kinds as well), for keyword-focused sites (exact match domains are an obvious example, but more broadly, sites that focus on hyper-keyword-targeted landing pages with lots of anchor text), and, possibly, for so-called ‘off-topic’ content that is clearly trying to game Google rather than provide relevant value for a site's audience.”

If he’s right, this means Google is going to further improve how it distinguishes between content people will find genuinely useful, and pages created simply to rank highly. If you publish content on your blog or website, best to keep it interesting and original. But then you’re doing that already, right?

6. The shine comes off the cloud 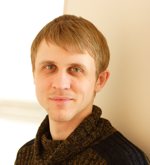 Alexander Gostev is chief security researcher at Kaspersky Lab. He reckons security concerns could start to slow the rush to the cloud:

“The cloud is facing tough times. Firstly, trust in cloud storage has been hit hard by Snowden’s leaks and the realisation that our data is being collected by various state-sponsored intelligence services. At the same time, the types of data being stored in these facilities are becoming ever more attractive to cyber-criminals.”

“Hackers are targeting cloud service employees, seeing them as the weakest link in the security chain. A successful attack here could hand cybercriminals the keys to huge volumes of data.”

Although many security experts still rate the cloud as safer than your own servers for storing data, are concerns putting you off the cloud?

7. Everyone ends up upgrading 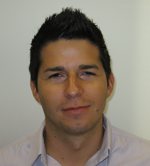 Santiago Alviar-Baquero is head of SMB and distribution for northern Europe at Toshiba. His prediction that many companies will upgrade next year seems somewhat obvious — so it’s probably the most likely to come true:

“Although companies are slowly and steadily drifting towards more modern and mobile technologies, we expect 2014 to be the year of the upgrade. There’s a simple reason for this: in April, we’ll see the end of support for Windows XP.”

“Businesses are going to be looking to upgrade both their operating systems and hardware. For start-up firms and small companies, this means the incentive to move to more lightweight, portable and powerful devices, such as ultrabooks and tablets, will be greater than ever.”

(In case you missed it, here’s another reminder: if you’re using Windows XP, upgrade sooner rather than later.)

In amongst all these serious predictions, one stood out. You can keep your augmented reality and forget about keeping up with Google, if only you’ll give us this one exciting new piece of technology. As John Eccleston told us:

“Jetpacks, surely? We've been waiting ages, and despite all the promises I've still got to use public bloody transport.”

If 2014 turns out to brings us those, you can safely say it’ll be a year to remember.