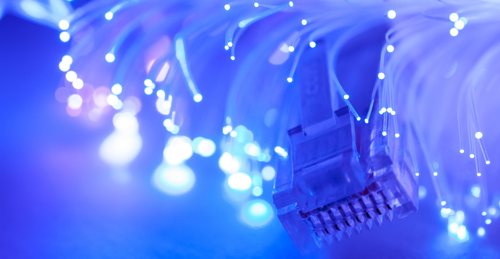 In the past, we've been pretty quick to criticise broadband provision in the UK. We've weighed in at various points over the last couple of years, commenting on the way broadband companies advertise connection speeds, wondering why we can't all just have the latest superfast connections and even poking fun at what the government thinks is an acceptable minimum connection speed.

So, now that a relatively good bit of broadband news has popped up, it seems churlish not to mention it.

Broadband speeds are picking up

According to research, the average broadband speed in the UK jumped an impressive 45% during 2013. Akamai's State of the Internet report — which covers the third quarter of 2013 — reckons the average connection speed here is 9.1 megabits per second (mbps).

That puts the UK well ahead of the global average of 3.6mbps. We outperform Germany, France, Spain and Italy too, although we're a little off the 12.5mbps average of the Netherlands.

Is fibre available in your area?

The problem with measuring average speeds is that this approach doesn't really represent the people and businesses at either end of the spectrum.

If your business is located in an area where fibre connections are available then you can be sitting pretty with a solid, fast connection of 38mbps+ for £30 or so a month.

Not bad, but the fibre rollout still has a way to go before it covers everyone in the UK. When you take every provider into account, apparently 73% of us could get a fibre connection if we wanted to.

The people outside that 73% will be relying on copper wires for a bit longer. Coverage is increasing, but it could be early 2016 before it hits 90%.

Quite simply, knowledge that the average broadband speed is 9.6mbps is scant consolation if you're unlucky enough to be struggling with a connection of just 1 — 2mbps.

Broadband Britain? It's improving, but there's still some way to go.