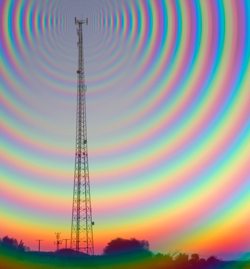 With average broadband speeds rising steadily, you could be forgiven for thinking that all is well with the UK's internet infrastructure.

But there's still a distinct divide between the broadband 'haves' and the 'have nots'.

What's more, since the Rural Community Broadband Fund — tasked with bringing fast broadband to remote parts of England — was wound up earlier this year, it's unclear what new initiatives are available to bridge that gap.

The vast majority of business broadband connections are supplied via a physical connection, which means you have a wire (either a copper phone line or fibre optic cable) running into your premises. But wireless options are growing fast.

Although 4G connections are mainly used by people on the move, in strong signal areas they can match or beat standard broadband connections for speed.

But because the 4G tariffs offered by mobile phone companies aren't designed for transferring large amounts of data, they're not a practical way to get your office connected.

Now a new provider, Relish, is using 4G technology to offer what it calls 'fibre-fast broadband' without any wires. The service is specifically designed to compete with the fixed-line broadband that businesses typically use on their premises

Just plug it in

When you sign up, Relish sends you a box to plug in to a power outlet.

It connects to the internet via 4G and then shares the connection around your business via Wi-Fi. Because there's no need for an engineer to connect your line, Relish claims you can be up and running the day after placing your order.

At £25 a month for what's billed as an 'unlimited' connection, and no line rental to pay on top, the pricing compares well to other broadband options.

So, what's the catch?

It's a service that sounds brilliant in theory. But the devil is in the detail. We've all had unreliable or slow mobile internet connections. Given that Relish uses the same technology, could it suffer in similar ways?

More fundamentally, it's only currently available in a small part of London — so it's no good at all for rural businesses.

Still, if you're stuck without a decent broadband connection, it's definitely worth keeping an eye on this company. Similar services are likely to spring up over the coming months, making wireless broadband a viable option for more of us.