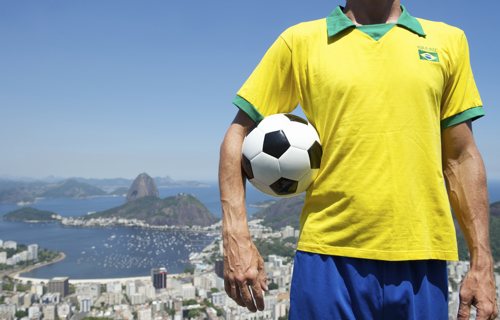 It's almost upon us. At 9pm on Thursday, Brazil vs. Croatia will kick off the 2014 World Cup. Across England, pubs, bars and companies that make those silly flags for your car will be hoping the national side makes it through the group stage of the competition.

But for most businesses, a major sporting tournament tends to cause disruption rather than providing opportunities.

Outside of working hours

The time difference between the UK and Brazil means most games will be broadcast in the evening or late at night here in the UK. Matches typically kick off some time between 5pm and 11pm, UK time.

As games often won't finish until 1am (and some pubs may stay open later), you might want to consider allowing your employees to start later than normal, rather than having them struggle in tired for an unproductive morning.

Only one of England's three initial games is scheduled during normal working hours. It takes place on 24 June at 5pm.

As the final group game, it has the potential to be a crunch match, so companies in England might want to consider letting staff leave early to see it.

Show staff you value them

It's almost inevitable that the World Cup will prove a distraction to your staff at certain points. And this means the competition can be a good time to show staff that you value them.

Perhaps you can allow more flexible working, so staff members can get home in time to watch their teams. Where practical, try to schedule shifts so staff can watch the matches that are most important to them.

You may also be able to show key games at work, either on the television or via online streaming. If you decide to do this, make sure you have a TV Licence first.

And if you give your staff a bit of leeway so they can enjoy the tournament, you can certainly expect them to give 100% when their team isn't on the telly.