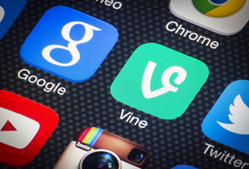 Apple released iOS 8 recently. Demand for this new version of its mobile operating system was so high that UK internet traffic surged as people rushed to download it.

Yet shortly after it became available, a number of tech pundits cautioned owners of older iPhones against upgrading.

Specifically, people who own the iPhone 4S were warned that the new operating system could cause everything to slow down.

Don't be an early upgrader

This high-profile upgrade perfectly illustrates a question that's faced businesses time and time again: should we upgrade our software now, or should we wait?

Software companies rely on big releases to give them a revenue boost. That's why Microsoft throws the full force of its marketing machine behind each new version of its Windows and Office packages.

It's nothing new - when Windows XP came out in 2002, they even got Madonna involved. But if the history of software upgrades teaches us anything, it should be that it's usually best to wait.

There are lots of reasons to hold off installing a new version of software your business depends on:

So, even if you're dazzled by the promised benefits of a new piece of software, it's nearly always worth stopping to think before you plunge in and upgrade.

That's just as true if you're paying a monthly subscription for software that includes access to upgrades. In the short term, it might still be better to stick with the old version.

(It's worth noting we're referring to major, paid-for upgrades here, rather than the free security updates and patches that software companies release much more frequently. You should install these promptly to protect your data.)

What to think about

Finally, don't assume that blindly upgrading is the best option for your business. Recent years have seen the software landscape change dramatically.

Cloud computing services are capturing an increasing slice of the software market. In some sectors, these innovative services are a great alternative to traditional desktop software.

If you think you're due an upgrade, it's the right time to investigate the alternatives and see if there's anything better out there.