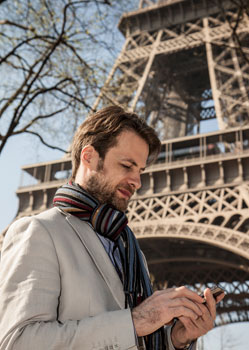 Here's some good news for pretty much anyone who travels within the EU – either for business or pleasure. At the end of last month, the EU confirmed that data roaming charges are set to be abolished by June 2017.

As the ban approaches, a 14-month interim period will apply. During this time, companies will still be allowed to add surcharges, but at a reduced rate. The European Commission reckons this alone will make roaming within the EU 75% cheaper than at present.

Dave Millett works for independent telecoms brokerage Equinox. He says that although this seems like good news on the face of it, it does leave a number of questions unanswered:

1. What will happen to roaming charges elsewhere?

The EU has forced mobile companies to cut roaming costs before. When they did so, many customers saw an increase in roaming costs for other parts of the world.

The EU has taken a clear stand on this issue. Roaming costs are to be abolished. So, why do we have to wait two years for it to happen? Sure, costs will drop in the interim. But 24 months is still quite a wait.

3. What happens to people mid-way through a contract?

Many mobile contracts include data roaming bundles, usually sold to customers on the basis that they're cheaper than standard roaming costs. Will the operators reduce the price for customers with these packages?

4. What about making calls?

While the elimination of data roaming costs is certainly to be welcomed, what about the cost of making and receiving calls? If the principle applies to these too, shouldn't roaming costs for voice calls be abolished?

Finally, with the UK's planned EU referendum as a backdrop for these changes, what will happen if the UK decides to leave the EU? Could we end up with new roaming charges, just as the rules abolishing them come into force?