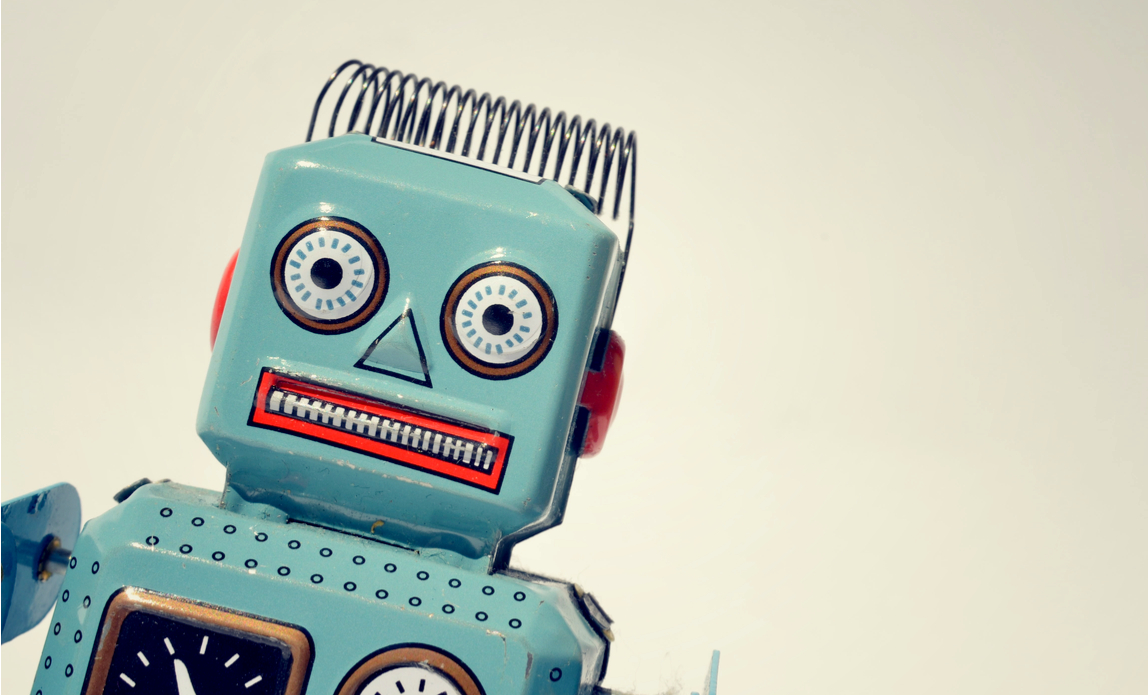 According to Hollywood we are all doomed. When the "singularity" is reached, robots will be more intelligent than us. So why would they want to keep us around?

Hollywood's job is to sell films and the media has to sell papers. Neither have a great track record at predicting the future, with a handful of exceptions. So don't believe everything you read or see.

Despite this, robotics and Artificial Intelligence (AI) are advancing very fast. There are big changes happening in this area and it will definitely affect some jobs.

We've been here before

The prospect of jobs disappearing as a result of technology isn't new. Only 500 years ago, the population largely worked on the land, with only two in 100 doing other work.

Today it's the other way round, yet the remaining workers produce much more food. The same applies to many other industries - from mining to car manufacturing. The modern factory produces a lot more with a lot less people. Much of that is already down to robots.

In Artificial Intelligence (AI), there have been some big changes driven by internet giants such as Google, Amazon and Apple. All of these companies have vast amounts of data and AI has started to learn from this information. It's actually learning from experience, a bit like humans, although only in narrow, specialist fields.

As recently as 2012, Google fed a huge number of pictures into one of these new learning machines based on AI. It wasn't given any information but it started recognising cats. It may seem trivial but it was the first time this had ever happened.

Consumer products based on the same approach are now rolling out with Alexa from Amazon (speech recognition) one of the most well known.

The problem with robots that have learned this way is that they are only ever good at one thing. That's why robots today are limited: Cyber-weld provides welding robots; Dyson makes robot cleaners; Fastbricks Robotics has a robot bricklayer.

A recent Law Society report, The Future of Legal Services, said: "Numerous legal tech companies, universities and law firms are now exploring the extent to which the cognitive domain of lawyers can be automated."

Accountants at the ACCA, in Professional accountants – the future, had something similar to say: "Smart software and systems will replace manual work and automate complex and multi-faceted processes."

Ironically, while these professions are now facing some of the changes that impacted on other industries years ago, there are some sectors that are less vulnerable to the rise of AI and robotics.

When it comes to trades like electricians, gas engineers, plumbers and builders, there's a saying - "no two jobs are the same”. In household situations, even the most advanced robots are a million miles away from dealing with the complexity that the average tradesman encounters. Robots cannot climb up ladders and they can't solve a wide variety of problems. A broad range of manual and mental dexterity is required – and that's exactly what these new AI-driven robots don't have.

The new machines will probably be best at lifting and manoeuvring heavy objects into place. That will replace the grunt work, which is great.

This new industrial revolution is likely to be big news. The human race is here to stay, but there are likely to be quite a few changes in jobs. Hopefully for the trades it will simply mean the elimination of some back-breaking work. That will make a career in these professions even better than it is today.