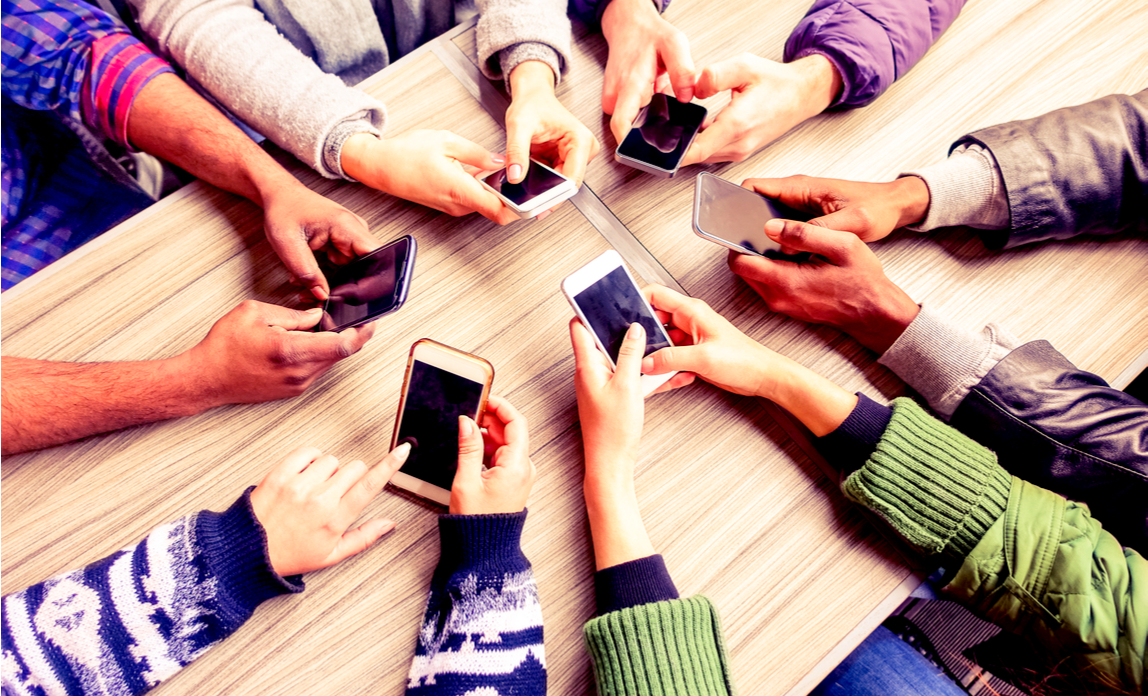 The first mobile phone call was made on April 3, 1973, when a senior engineer at Motorola called a rival telecommunications company and informed them he was speaking via a mobile phone. 34 years later the first iPhone arrived and transformed the way we use our phones today.

A report by Deloitte in 2016 revealed that 31% of smartphone users now make no traditional voice calls in a given week - up from just 4% in 2012. This reflects the growth of apps such as Facetime and Whatsapp.

In the business sector, the growth of VoIP and phone system apps allowing people to have their office landline number on their mobile has also seen traffic move away from the mobile networks.

The number of texts sent in Britain peaked in 2011, having sparked the new language of text speak, from OMG to LOL. Since then, it has fallen by almost half and has been overtaken by instant messaging applications.

WhatsApp passed a billion active users in 2016 and research shows that the main reason 42% of Brits used a mobile phone is now to access messaging apps. Apps such as Snapchat have particular appeal for young people who see SMS as old-fashioned.

This has serious implications for mobile networks in terms of lost revenue - SMS was always a key part of their income stream. So, with SMS declining and the loss of roaming charges in the EU (and potentially even further afield post-Brexit), the mobile networks could see their profits dropping and their future looking a little less rosy.

Of course, it is possible that a growth in data usage, as a result of the Internet of Things and the increasing use of data-based apps, will revitalise their revenues.

However, while there are people who use a lot of data to stream video and music, the average data usage is still quite low. Research by Cisco showed that average monthly smartphone data traffic in the UK during 2015 was 1.2 GB - up from 849MB per month in 2014. Even if that rate of growth continues, it still makes the average less than 2GB today.

Although there are over 50 million 4G connections in the UK, the lack of coverage (the UK ranks 54th in the world) means that the applications and technologies that drive data usage struggle to work all the time. That is where 5G, whenever we finally get it, may help the mobile networks as it is likely to prompt a surge in data usage. However, the networks also face a new challenge in the growth of wifi hotspots.

Ultimately, this creates a challenge as the mobile operators need to make a profit to fund investment, especially in the next generation of 5G networks.

The UK's mobile and data telecoms plans are already five years behind countries like Japan and South Korea. But if users continue to communicate via apps (both messaging and voice) and use wifi wherever it is available then standard package prices are likely to go up. Either that or the Government is going to have to fund more of the infrastructure - something that is already happening in many countries.