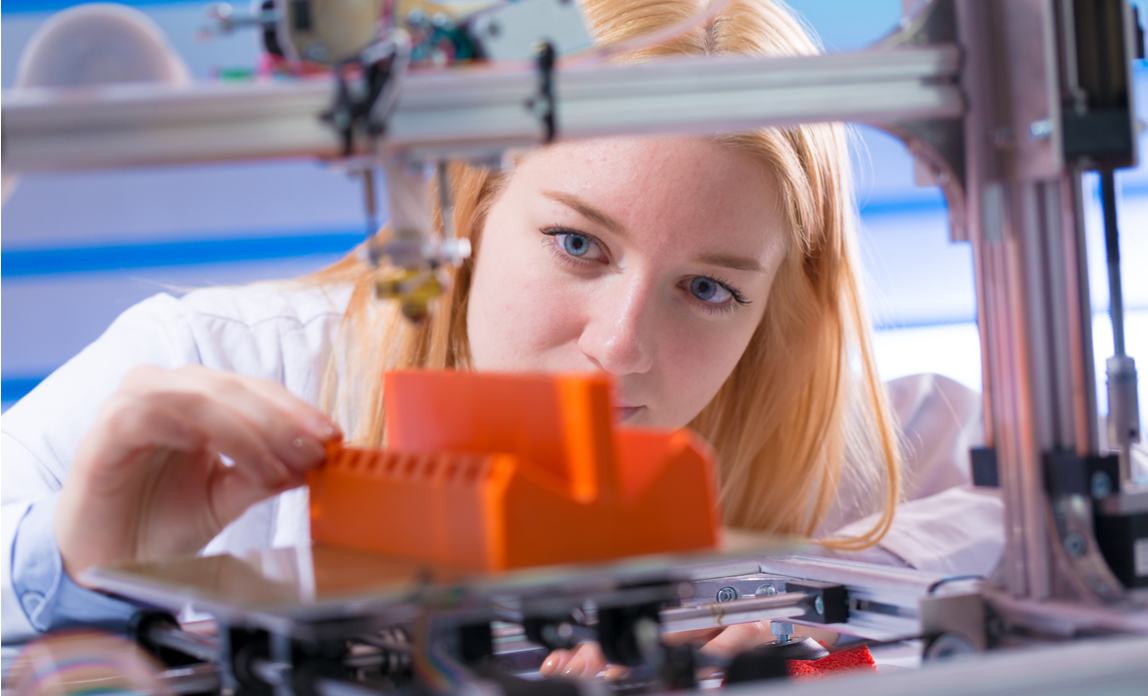 While 3D printing might sound pretty space-age, it's actually a staple part of many modern design and industrial processes. But for such a well-established technology, it's still not that well-known outside the manufacturing sector.

Here are eight surprising things you may not know about 3D printing.

As a viable process, stereolithography has been in existence for nearly forty years, and still remains a favourite method of creating low-cost 3D parts and structures.

The process uses a photosensitive resin and a laser source to create parts layer by layer. The laser is typically driven by a 3D CAD model, to produce highly detailed artefacts that have reasonable strength and usability.

The sheer speed of 3D printing and the range of complex components that it can produce make it ideal for creating prototypes or even finished products, at an extremely low cost.

It means that designers can get creative without the fear of finding out, once that an expensive prototype has been made, that it fails miserably in some respect. With 3D printing, you can simply make adjustments and reprint.

Early 3D-printed components were made of wax and were extremely delicate, making them difficult to handle. But times have changed, and a huge range of materials can now be printed - many of them with the structural integrity to make them actual, usable components.

New processes mean that it's not just polymeric materials that can be printed. It's possible to print wood products, ceramics, and even metals such as titanium.

With the ability to post-process using sintering, metal and ceramic powders can be mixed with a polymer carrier and ‘printed’ into shape. Once sintered, the resulting component is as good as any produced by existing methods.

Because 3D printing is fast and produces durable parts, in many instances it has revolutionised the production line. Many assemblies require a degree of customisation, and the flexibility of 3D printing means that parts can be printed to order, rather than needing to maintain stock.

Printing to order makes sound economic and business sense, and also means that design innovations can be implemented immediately - rather than needing to wait for stock to be used up.

The International Space Station (ISS) has its own 3D printer, which is used to create parts for experiments, and can even produce replacement parts for the station as needed.

The advanced 3D printer aboard ISS is capable of creating components from a variety of materials, and is the first step in a long-term project that will eventually see NASA send printing robots to the lunar surface to ‘print’ living accommodation for future astronauts.

5. 3D printing is big in the jewellery industry

The 3D printing process has become mainstream in the jewellery industry, because of its ability to create small, highly complex, but accurate wax models of a piece being made.

Most complex jewellery is manufactured by the investment casting process, and the wax models used to have to be made by hand. 3D printing offers a fast and precise way to make these models.

Historically, product designers have been constrained by the limitations of what could be economically produced using the available technology.

No longer. Now, with a flexible and versatile 3D printing process routinely available, designers are able to create innovative products that would have been almost impossible before.

Because most 3D printers are additive and create net-weight components - or at least very close to it - there is very little waste involved. Generally, if a powder is fused together, then any material not used in the component is available for use the next time - making it highly efficient.

8. You could soon see 3D-printed food on your plate

3D printers are now starting to enter the kitchen, with a variety of foodstuffs being created using the same principles as the manufacturing industry.

The printing of carbohydrates and protein is now not just a possibility, but is fast becoming an industry standard for creating certain food types. Burgers made from printed protein also cause no harm to animals - so are likely to become increasingly popular.