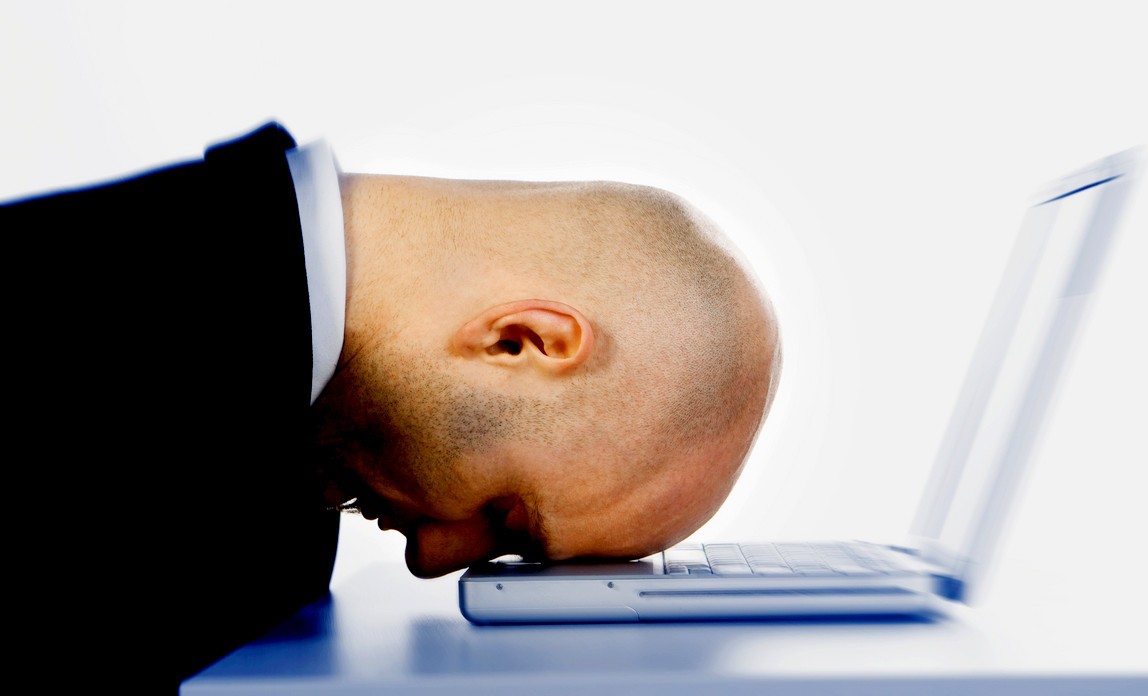 Every business makes mistakes. But in this age of social media, news of online errors spreads faster than ever

We examine five high-profile mistakes and explain what lessons we can all learn from them.

Famous retailer Marks and Spencer spent £150m on an all-new website in 2014. Three months later, the company's online sales were down 8%.

This happens a lot. For a start, redesigning a website forces existing customers to learn a new way of doing things. And, more fundamentally, having a new website that looks fancy doesn't guarantee more sales.

Slick design isn't enough to make your website a success. You need to know what your customers actually want.

You can find out by carrying out market research and getting customers involved during the design process. Once your new site has launched, A/B testing helps you squeeze more sales out of it.

As mistakes go, they don't get much more basic than this. Back in 2008, Dubai-based airline Emirates forgot to renew its domain name, taking the company's website offline on the day it took delivery of its first super-jumbo plane.

And it's not just Emirates. In July 2014, Sony forgot to renew one of its domains, causing problems with its Sony Entertainment Network.

If your business relies on its domain name for website traffic and email, make sure you've set it up to renew automatically. Virtually all domain name suppliers will let you do this.

You can also purchase domain names for long periods — up to ten years, in some cases — to reduce the risk of unintended expiry.

Also in 2008 (maybe it was a bad year), HMRC's website went offline for several hours just before the self-assessment deadline.

The site was overwhelmed when too many people tried to access it, like an unintentional denial of service attack. The result? Bad press, plus complaints from people worried they'd be penalised for filing tax returns late. (In the end, HMRC was forced to extended the deadline.)

You may also be able to work with a web developer to optimise your site and improve its performance.

Unfortunately, Benadryl forgot that if you let people draw things on the internet, it won't be long before rude images – and words – start appearing.

Think carefully before giving visitors control over any part of your website. They may find ways to do mischief, even if not acting out of malice.

You can't control what people say on social media, in reviews or on forums, either. Learn more about building a community online.

In February 2013, San Francisco gym chain Fitness SF found its website had gone offline. In its place was a no-holds-barred rant purporting to be from the site's designer, claiming Fitness SF hadn't paid him as agreed.

The episode caused an absolute storm on social media. The dispute was resolved shortly afterwards, but stories relating to the incident still appear when you search for 'Fitness SF' on Google.

Regardless of what happened in this case, treat your web designers fairly. Brief them properly, listen to their suggestions — and pay them on time!

At the same time, keep control of all website files, data and login details. Make sure any web hosting services and domain names are registered in your company's name. And have a proper contract in place before you start work.