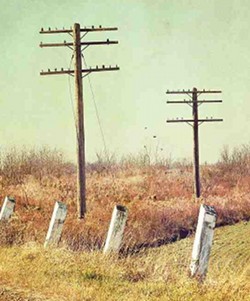 Like many freelancers, I spend much of my time working from home. My broadband connection isn't just a convenient way to book cinema tickets and look at pictures of cats. It's absolutely vital for my work.

Using your home as your workplace adds an extra dimension to any house move. And I've moved twice in the last year: once through choice and once due to circumstances beyond my control.

I've got the art of moving down to a fine art, except for one thing: getting my broadband transferred in good time. As far as I can tell, that's impossible.

Why does it take so long?

It seems that no matter how far in advance of the move I contact my broadband provider, it's impossible for them to move the connection from one address to another in a timely manner. I don't mind going without for a few days, but when I moved last year I had to manage without a connection for just under a month.

If they deliver as promised this time, the gap will be about three weeks. Between now and then I'm burning through data on a mobile broadband dongle and regularly decamping to local cafes with free Wi-Fi. Thankfully I live somewhere with a strong 3G signal and plenty of nearby wireless hotspots. I know many people won't be nearly so lucky.

I've had several excuses from my internet service provider. Last time it was an engineer shortage. This time something went wrong with the order, so they had to put it through twice.

This is Digital Britain

At this point, let me remind you that apparently we live in Digital Britain. We have a mobile workforce, we're flexible and we're connected wherever we go.

So why on earth does it take so long to achieve something as simple as moving a broadband connection from one address to another?

My new house has an active phone line, with a dial tone and everything. It's not like they need to come and run a new line from here to the local telephone exchange.

Broadband companies, you need to catch up. Because as the number of people who run a business from home grows, I can't be the only one getting frustrated.

What happened when you moved your broadband connection to a new address? Was it a disaster, or did it go well? Let me know in the comments.