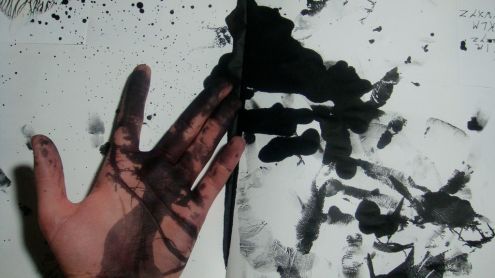 This ink has definitely been wasted. (Image: buyalex under Creative Commons.)

This is a guest post from Huw Carrington, who heads up sales and customer service at Stinkyink.com.

If you own a printer, at some point you're likely to ask: "How much printing will my cartridge do?" Unfortunately there’s no simple answer.

It is not even a simple question for computer printer manufacturers to address. Differences in printing technology, resolution and colour production mean that a cartridge containing five millilitres of ink from one manufacturer will produce a different number of pages compared to one from another company. Confused yet?

After several manufacturers requested a method of measurement to address this confusion, the International Organisation for Standardisation (ISO) stepped in.

How do printer ink measurements work?

The obvious starting point for any printing standard is the document bring printed. So ISO first produced a standard document for performance measurements to be based on. The current version has the snappy name of ISO/IEC 24712:2007.

It's a five page document, consisting of four 'typical' documents, like a standard presentation document or letter, and one diagnostic page.

There's no standard for photo printing, so you will never (or at least should never) find a photo cartridge with an expected yield on.

Once this standard document was in place, standards could be created for the performance of printer cartridges. These standards are split into three individual areas, with the following codes:

With these standards established, it became possible to measure the 'print-till-dry' yield of cartridges with the same settings, same documents and same environment being used. In short: when it comes to printer cartridge lifespans, you can start comparing like with like.

The results from these standards are used to calculate how many pages a cartridge will print based on the paper having five per cent of its surface covered in ink.

You might have seen a figure quoted as being 'at five per cent page yield'. These standards are where that figure comes from. You see it on manufacturers’ cartridges, where they use this set of standards.

What does five per cent mean?

In reality, five per cent coverage on a normal text document only amounts to about a third of a page using a common font, like Arial in size 10. So, when a cartridge says you might get 1,000 printed pages, you're more likely to actually get a few hundred. Throw in a couple of images and you can quickly be getting through an ink cartridge three times as quickly as you expected.

But that's just the start. With a three-colour cartridge, the yield is based on a five per cent coverage of each colour in the cartridge - so the whole paper is covered with 15% of colour. If you have individual colour cartridges this doesn't make a huge difference as each will print as much as it can. However, if you’re using a three-colour cartridge (as many inkjets do) then the same size cartridge is trying to cover three times as much, and so can print, at best, a third as much.

In the world of printer cartridges, there's rarely a simple answer.