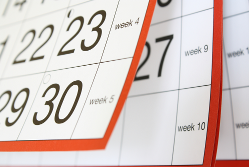 Was 2011 the year of cloud computing? Whatever your view, there’s certainly no denying that it created a lot of hype.

I like to say it was the year when businesses discovered the Cloud. It’s during 2012 that we’ll see a bigger movement towards it.

Cloud computing has been around for years, but it was only last year that the technology and marketing hit that critical point where businesses could start to fully understand what it is.

At SpiderGroup, we are already seeing an increase in cloud popularity. We believe 2012 is, without doubt, the year of the cloud. And we promise not to say the same thing next year.

This guest post was written by Kerry Hale from SpiderGroup.