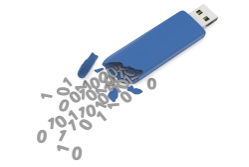 Your data and IT infrastructure play a key role in the continued success of your business, regardless of the size of your company.

That’s underlined by a statistic I came across recently from the Department of Trade and Industry revealing that 70% of UK businesses that suffered a catastrophic data loss were closed within 18 months.

Bad IT is disrupting business

At Dell, we’ve just published a report in conjunction with Intel which looks at the server and storage needs of small businesses in Europe. We commissioned the research because we wanted to learn more about the attitudes of smaller companies towards servers and storage.

The report reveals that two-thirds (66%) of European small businesses are heavily dependent on their IT and almost a third (32%) of these say it is critical to their business. And most businesses are miles off achieving a failure-free IT system with 93% of respondents indicating that they have experienced IT problems which inhibited their ability to continue doing business.

We asked about how often disruption occurs, too: 17% claim it happens at least once a week (that must cause some serious problems), but the better news is that 40% say it only happens rarely.

We also looked at small business’ attitudes towards new technologies such as cloud computing. Our findings suggest adoption rates are low, but it would be interesting to investigate how many companies use cloud services without even realising it.

According to our research, only 17% of small businesses said they had started using cloud computing and 28% said they had no intention of moving their infrastructure to the cloud. Security and privacy were the most commonly cited concerns, although performance and availability were also significant.

Amazon Prime Day set to be bonanza for small firms
Is the 9-5 working day best for productivity?
Chancellor unveils winter plan for jobs and businesses
SMEs invest to adapt and survive