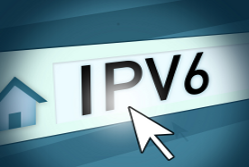 One of the internet’s fundamental technologies is changing. David Barker, founder and technical director of 4D Data Centres explains IPv6 and why your business should be deploying it.

IP stands for internet protocol. It’s a key part of the technology that enables most internet-connected computers to communicate.

From IPv4 to IPv6

IPv4 is (unsurprisingly) the fourth revision of the internet protocol and the most widely used today. However, it is also fairly old - it was originally ratified in 1981.

In total IPv4 has capacity for 4,200,000,000 unique IP addresses. Back in 1981 they assumed that would be enough to cover any possible eventuality. It’s lasted three decades, but there are now so many devices in the world that need to connect to the internet (each requiring its own, unique address) that we’re running out of room.

IPv6 was designed from the ground-up to allow for an enormous number of IP addresses. There are enough for computers and mobile phones and household appliances and cars.

Should you worry about IPv6?

It’s vital your business starts thinking about IPv6 sooner rather than later. If you don’t introduce it to your network then over the next few years there will be parts of the internet that you simply won’t be able to access.

Once we’ve completely run out of IPv4 addresses, companies will be forced to deploy new services as IPv6-only. This is already starting to happen in Asia. For instance, operators in countries such as China are running on IPv6-only as they don’t have enough IPv4 addresses to support the number of people going online.

What’s more, if you introduce IPv6 early, you’ll have more time to learn how to make use of new features that IPv6 includes. A lot of these are technical features to improve data routing and security but there may also be ways to make money from IPv6. Perhaps you can take advantage of new services, or drive your own markets by showing your customers that you are an early adopter.

What you can do next

After reading this article you should know that IPv6 exists and it’s important you adopt it sooner rather than later – that’s a good start!

Now, here are four more steps to help your business get ready:

Has your IT supplier mentioned IPv6? Is this the first you’ve heard of it? Leave a comment to let us know.