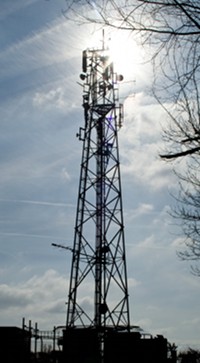 Everything Everywhere (EE), the UK's first 4G mobile network, has unveiled price plans in advance of its official launch tomorrow.

Although it promises download speeds up to five times faster than current 3G networks, the firm's data caps - which limit how much data you can download each month - may dissuade many businesses from signing up.

The entry-level EE business tariff is £35 a month (plus VAT). For that you'll get unlimited calls and text messages to standard UK mobile and landline numbers, plus 1GB (gigabyte) of mobile data. You may have to pay extra for a mobile handset, depending on which model you want.

You can increase your data cap: it's £40 for 4GB, £45 for 8GB or £50 for 16GB. If you hit the limit in any given month you'll either have to stop using the internet altogether or buy a data add-on. See full tariff details on the EE website.

Data pricing is something of a thorny issue. You use up data whenever you view a web page, download an email or do anything online. But keeping track of how much you've used over a month is notoriously tricky - even on a 3G mobile.

The increased speed of 4G is going to make it harder. At 8Mbps (megabits per second, which is the lower end of the average speed range quoted by EE), you'd use your entire month's 1GB allowance in just over 17 minutes of sustained downloading.

That may not be an entirely realistic scenario. We tend to use mobile internet in short bursts: downloading email on the train, looking up maps, and so on. And 3G mobile usage patterns show that most people on 3G networks don't even use 1GB in a month.

However, as a general rule, the faster a connection, the more data you download. What's more, the whole premise of 4G is that it's so quick and convenient that you can go online and do pretty much everything, everywhere. Hence the name.

With only 1GB of downloads to play with, you might find you have to fork out for extra data sooner than you'd hoped.

If your business is desperate to jump on the 4G train early, EE is your best option - because it's your only option.

The 4GB plan looks ok at £40 + VAT a month. It's not uncommon to spend that on a 3G service, and 4GB will at least give you some data freedom to explore the possibilities of 4G.

But before you leap in, check the small print: there's a 24-month minimum term on all business contracts. With other mobile networks racing to enter the 4G market next year, you might regret being locked in as competition hots up.

So, unless you're really desperate for 4G, it's probably a good idea to wait.