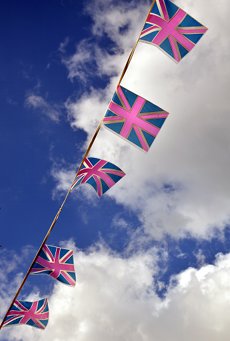 Nominet, the organisation that administers all domain names ending in .uk, has announced a proposal to create a new, shorter UK domain name extension. Quite simply, you could have www.yourbusiness.uk.

According to Nominet, the new extension would appeal to businesses looking for a shorter domain name.

They're right: a .uk domain name will be exactly three characters shorter than the equivalent .co.uk domain name. That'll save heaps of time.

A new level of security

But that's not the end of the story. Nominet also thinks these domain names could become regarded as trustworthy and secure, because they'll be taking some extra security precautions:

These security elements would be combined under a 'trustmark' to reassure internet users.

In its FAQ about the proposals, Nominet reckons this new type of domain name could appeal to smaller companies:

"In particular, it could also encourage small to medium sized enterprises to take up an online presence."

But eagle-eyed readers will spot that these domains would cost significantly more than existing .co.uk domains. The wholesale price of each domain is expected to be up to £20 a year.

A solution looking for a problem

At face value, the security argument looks a little flimsy. There's not much evidence to suggest internet users have big worries about the trustworthiness of existing UK domain names.

Nothing wrong with a belt-and-braces approach, of course, but McAfee's Mapping the Mal Web IV (PDF) research - admittedly a couple of years old - rated existing UK domains as low risk. It scanned just under 900,000 and found problems with less then 1%.

Nominet's own A Great Place to Be website even talks up the advantages of .co.uk domain names for business.

Inevitably, some will say the new domains are nothing more than a money-making scheme. Surely any business that already has a .co.uk domain will want to grab the .uk equivalent, if only to stop anybody else using it. That could get expensive for companies with several domain names.

What do you think? Would you pay extra for a slightly shorter domain name that's regularly scanned for problems? Would it make any difference at all to your company?