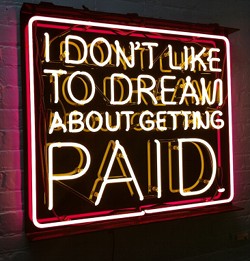 Over the next few months, three little letters, RTI, are going to be big news for any companies that pay employees through PAYE. Significant changes are being made to the PAYE system - perhaps the biggest since it was introduced in 1944.

RTI stands for Real Time Information, and it signals a change in the way your business reports payroll data to HMRC.

Instead of filing payroll returns once a year, from April 2013 most companies will be required to submit payroll data to HMRC every time they run payroll. No matter whether you pay your employees weekly, fortnightly, monthly or once in a blue moon, RTI means that when you run payroll you'll be expected to send the details electronically to HMRC.

PAYE hasn't kept up with recent changes in working patterns. These days, many people people switch jobs more frequently or do more than one job at once. When payroll data is only reported to HMRC once a year, it's not uncommon for people to end up paying the wrong amount of tax.

Under RTI, HMRC will have access to much more recent information. This should drastically reduce problems, making things easier for everyone involved.

Getting ready for RTI

It's not up to you whether you decide to adopt RTI payroll. Legislation says all businesses with fewer than 5,000 employees must start using it in April 2013. With a few months still to go, now is a really good time to think about how you'll implement it.

You will probably need to make some changes to how you run payroll in order to accommodate RTI. Because RTI data must be submitted electronically, you need to use a payroll service or payroll software that can do this.

It's also very important your employee data is accurate. Before you start using RTI, HMRC will match your employee list with its own records, to ensure payroll information is recorded correctly. Any initial problems are likely to be related to mismatched names, dates of birth or National Insurance numbers.

Payroll packages like IRIS, Payroo (both free, at least for basic functions), QuickBooks and Sage will all be able to send data to HMRC under RTI before April next year. If you rely on an accountant or outsourcing service instead of doing payroll in-house, make sure they're up to speed with the changes and will be ready to go next April.

If it all works out, submitting RTI data should be as simple as clicking a button during your payroll process. In fact, because RTI means no more year-end returns, and no need to tell HRMC every time an employee starts or leaves (RTI sends all this information for you), it should actually save you time.

HMRC will let you know when you need to move to RTI. But it's going to happen to virtually every company in the next few months, so it'll pay to prepare now.