Given recent coverage of 'bring your own device' (BYOD), the phenomenon which sees employees using their own IT for work, you could be forgiven that it's open season on IT in the workplace.

There are undoubted benefits from giving staff freedom to choose their own IT equipment. But before you open the floodgates and let tablet computers, iPhones and other gadgets into your company, it's worth considering the downsides too. 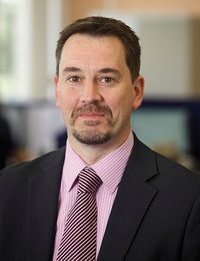 1. Viruses can 'jump the perimeter'

Viruses, malware, spyware and hackers can jump the security perimeter by being brought into the company on an employee's own device. Once inside your business, they may be able to bypass the firewalls that monitor your network.

When you have a wide range of devices in your business, it can be hard to apply security updates consistently across all of them. Falling behind with even one update can allow a new virus or piece of malware to slip through undetected.

Every mobile device should have data encryption (to scramble data, keeping it safe if the device is lost), password protection and the ability to lock users out if a password is repeatedly entered incorrectly. However, this is tricky to enforce across a wide range of devices.

4. It's harder to monitor time management

BYOD makes it harder to keep track of staff going onto Facebook and Twitter, or playing with apps which would might normally break your IT policies.

As soon as BYOD becomes TYOD, or 'take your own device,' any data stored on each device is vulnerable. For example, when employees share their devices or passwords with other people, when their devices are lost or stolen or when data is accessed over public Wi-Fi hotspots.

This isn't to say that BYOD is fundamentally flawed. We've explained the benefits before, and there's a certain inevitability to it in any case. It's just a good move to be wise to the risks before you embrace it wholeheartedly.