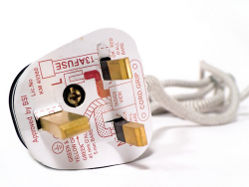 Apple has announced a charger replacement programme for people who use third-party chargers to juice up their iPhones and iPads.

The announcement comes in the wake of the tragic death of a Chinese woman who was electrocuted when she answered a call on her iPhone.

Reports have blamed a third-party charger, although Apple hasn't acknowledged any connection between the incident and its recent announcement.

Trade in your chargers

Under the new scheme, from 16 August you'll be able to walk into an Apple store with your third party iPhone or iPad charger and walk out with an official Apple model. You'll still have to pay, but it'll cost £6 or so instead of the normal £15.

You'll have to provide the serial number of your iPhone or iPad, and the programme is limited to one charger for each device.

Given the usual price of official Apple chargers, this programme offers a decent discount. For peace of mind, it's probably a good option if you're worried about a charger you own.

Unoffocial chargers and mains adaptors are often appealing, because they cost so much less. But while replacements from reputable manufacturers generally meet reasonable standards of safety, this incident highlights that buying a cheap replacement can be a false economy. If you're unlucky, it could even cause you harm.