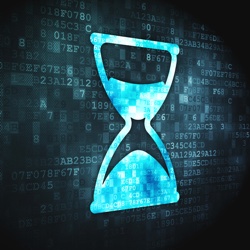 If you're looking for some thought-provoking reading on this dull Friday, there's an excellent piece over on The Economist website about how advances in technology could soon spark massive changes in the jobs market.

According the the article, an Oxford University study reckons 47% of today's jobs could be automated in the next 20 years.

Of course, this phenomenon is nothing new — as the article observes, machines have been displacing humans for years:

"In the Industrial Revolution artisan weavers were swept aside by the mechanical loom. Over the past 30 years the digital revolution has displaced many of the mid-skill jobs that underpinned 20th-century middle-class life."

However, it's the sheer speed of change in the 21st century that could spell trouble ahead. Although history demonstrates that technology creates new jobs to replace those lost, there's a lag, as shown by the huge disruption in the photographic market:

"When Instagram, a popular photo-sharing site, was sold to Facebook for about $1 billion in 2012, it had 30m customers and employed 13 people. Kodak, which filed for bankruptcy a few months earlier, employed 145,000 people in its heyday."

Computers are getting better at doing more complicated tasks, and we may not be far from having self-driving cars, robot baristas and even computerised doctors.

That's going to bring plenty of busines opportunities, for sure. But it could also spell significant changes in society. Are we ready to deal with them?