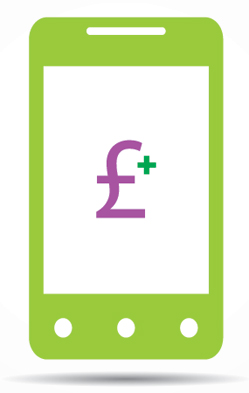 Earlier this year, new rules came into force that limit what mobile networks can charge when you use your phone abroad.

These rules were widely lauded as A Good Thing. But don't be fooled — there are still plenty of ways you can end up paying over the odds for your mobile phone.

Here are six of the most common, courtesy of independent telecoms brokerage Equinox.

1. Roaming away from Europe

Outside the EU, roaming costs can still be extortionate. In places, prices have gone up to counter the EU price caps.

If you'll be travelling for an extended period, make sure you understand these roaming costs before you go. Often, it's cheaper to buy a local SIM card to use while you're travelling.

You can also use free Wi-Fi to stay online. Combined with a VoIP app like Skype, this can be a cost-effective way to call home, too.

You might also take a look at Roamer, an innovative app that uses a callback system to sidestep network roaming costs.

If you bought your mobile phone direct from your mobile network, you may find it's locked. This means the handset will only work with SIM cards from that particular network.

Networks will usually unlock your handset, particularly if you've reached the end of your minimum contract period. However, it can take up to four weeks and they'll often charge you to provide an unlock code.

(You're sure to have seen entrepreneurial shops that offer services to unlock handsets. In our experience these are a reliable, cheap option. However, using an official supplier means there's always a slight risk your handset could end up as a brick if something goes wrong.)

3. Charging over the odds for handsets

Equinox claims that mobile phone networks sometimes inflate the value of the handset they supply you. This means that, over the course of your contract, you can end up paying significantly over the odds.

It may work out cheaper overall to buy the handset outright, then purchase a SIM-only deal from your preferred mobile network.

There's no such thing as a free phone. When you sign for a contract that includes a 'free' handset, you actually pay for it in every monthly payment.

According to Equinox, one reason mobile networks like this approach is that they can keep charging you the same monthly fee, even long after you've covered the cost of the handset.

One recent report found that Britons could save nearly £1bn by switching to cheaper tariffs at the end of their contracts.

5. Keeping you in a perpetual contract

Mobile phone networks have a number of different ways to keep you locked in to a contract. For instance:

Again, opting for a SIM-only deal can help you stay flexible. Many providers offer good deals on one-month rolling contracts.

6. Paying for an unlimited deal

According to Equinox, the mobile phone industry likes to promote packages offering unlimited calls and texts.

These deals sound attractive, but you can end up paying over the odds. Businesses often overestimate the volume of calls they make, and fail to choose a service that corresponds to their actual usage.

The thing to remember here is that you can usually switch to a more expensive package at any time. But once you've locked into an unlimited deal, you won't be allowed to downgrade to a cheaper option until your contract ends.