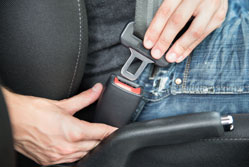 At the end of last week, broadband and telecoms company TalkTalk announced it had been hit by a cyber attack. As a result, there was a chance sensitive customer data had been accessed.

This is just the latest in a string of high-profile attacks. From eBay and Kickstarter to Tesco and more, TalkTalk and its customers aren't alone in suffering at the hands of digital criminals.

Clearly, the ultimate blame for these incidents lies with the attackers who set out to steal data. They're the real criminals in this scenario.

But at the same time, it's fair to say that some organisations are making it too easy for hackers to steal sensitive data. Although we don't yet have full details of the TalkTalk incident, other newsworthy breaches have involved below-par security measures.

Such is the frequency of these stories that you could be forgiven for shrugging each off as 'yet another cyber attack'. But as new research reveals a lack of trust in business, it would be unwise to ignore the cumulative impact of these incidents.

Low trust is higher than ever

The survey questioned around 2,000 people aged 16-35. These people are often referred to as 'millenials', and tend to be comfortable using technology during their everyday lives.

It might therefore come as a surprise that the research found a significant proportion of these people have little trust in business to protect their personal information.

The research asked people to rate their trust in businesses from different sectors. When it comes to data security, 61% of respondents described their level of trust in social media platforms as 'none' or 'a little'. The figure was 38% for retailers and 19% for financial institutions.

Indeed, few people describe their level of trust as 'complete' - just 13% for their employers, and 4% for telecom operators.

Time to up our security game?

The same group of people was asked about how organisations share data. Many respondents said that their personal data should only be shared with companies they have specifically authorised.

Over 74% of people said that it was 'very important' or 'vital' that they should be able to specifically authorise how their location data is shared. 58% said the same for social media content and 57% for data on their purchasing preferences.

"Millennials are hungry for change," reckons Lubna Dajani, a communications technology expert and futurist. "Major data breaches happen every week and millennials, along with the rest of the general public, have found the trust they put in government institutions and businesses to protect their digital identities are being shaken."

"This is by no means an apathetic generation. If business and government leaders don't adopt better protocols now, millennials will soon rise up and demand it."