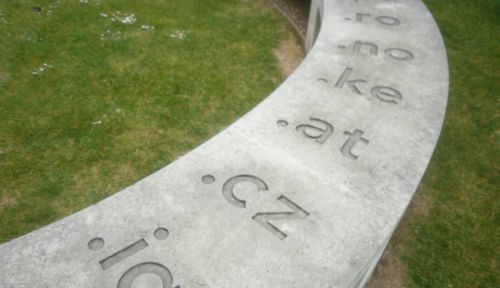 Domain names are about to get more interesting. Or, depending on your viewpoint, more complicated. That's because ICANN - the organisation that administers then - has decided that we need more domain name extensions.

ICANN's decision means that as well as having .co.uk and .com, from 2013 we could start to see .apple, .london, .microsoft and more.

The biggest ever domain name shake up

In a move that's probably the biggest shake up of domain names since they were invented, organisations and companies will be able to propose the creation of new domain extensions - of any length and in any language that ICANN recognises.

They'll have to make a good case as to what the domain extension is for and how they'll use it. And at $185,000 a pop, it won't be cheap to set one up. But the attraction in terms of branding is obvious. Give it a couple of years and your Facebook profile could well live at http://yourname.facebook.

Other companies are bound to see a business opportunity here, creating up new domain name extensions and then selling the domains on.

Who knows, maybe someone will set up an extension for small businesses. Would you buy a domain name ending in .smallbiz or .boutique? Or if someone created one for your area - like .london or .bristol - would you use it?

Haven't we been here before?

We've been here before. My fellow blogger, Martin, covered this a good while back. Just this time round his warnings of .cockney or .cheese don't seem so far-fetched.

Sure, this domain name liberalisation is great for big businesses who can afford to put their own name after the dot. It's great for any companies who make money out of selling on the new domain names.

And it's great that it'll be possible to have domain names in other alphabets - Arabic and Cyrillic, for instance. Until now, the world wide web has been distinctly biased towards languages which use the Latin alphabet.

But for your average small business in the UK, will it make much difference?

Exactly. It'll take an awful lot for any new domain name extension to unseat .com and .co.uk in terms of credibility. And that's why I wonder whether this domain name revolution is quite as exciting as it sounds.