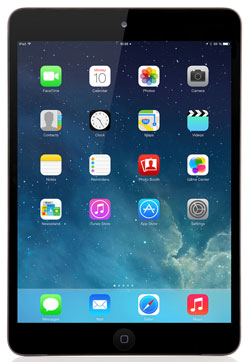 In 1977, DEC's Ken Olsen said there was "no reason for any individual to have a computer in his home."

In 1995, 3Com's Robert Metcalfe predicted that the internet would soon go "spectacularly supernova" and collapse entirely.

In 2007, Microsoft's Steve Ballmer said that "there's no chance that the iPhone is going to get any significant market share."

People are spectacularly wrong about tech all the time. Many people still insist you can't run a business from a tablet or mobile device, for example.

Sure, they've got iPads, but they're used for playing Candy Crush and watching last night's Mock the Week on the commute. It's nice that you can check your emails, but when it comes to serious, business-critical work, the iPad just isn't up to the job.

In fact, people (including me) are already running entire companies from tablet computers. In many respects, it's easier than hauling yourself into the office and sitting at your desk. Why?

Flexible working: it's the new norm. While it's often thought to be a millennial thing - and sure, Gen Y does love working from coffee shops, trains, planes, and everywhere else in-between - the truth is that people have always wanted to do it. It just hasn't always been viable.

Employees now have the right to request flexible working, and - better yet - the ability to actually make it happen.

Cloud technology, along with ubiquitous wireless access, has made it possible to work while keeping an eye on the kids, during a conference (look, those things are long, and you might as well get something done), or commuting on a train.

And tablet computers make it even easier for entrepreneurs like me to take their workspace with them wherever they are.

How does it compare to being in the office?

The variety of apps available through the cloud means the difference between being in and out of your HQ is negligible. And where it is different, it's usually better.

All I need is an internet connection and I have access to all the information I need to run my company regardless of where I am. I can, in theory, do everything from my smart phone, but I prefer to use my tablet.

I have a keyboard which makes drafting lengthy emails easy, I can make calls via Skype, classic software like Microsoft Office makes writing proposals a breeze, and mobile access to customer relationship management systems (like PipeDrive) ensures I can watch our revenue stream on the move.

Apps like Citrix Sharefile allow me to access documents offline. When I don't have mobile internet and aren't near a Wi-Fi hotspot, this is invaluable. And project management tools like Slack make instant group communication a simple, effortless undertaking from any mobile device.

So thanks to the cloud and the range of business apps now available, I can (and do) run my business from my iPad just as easily as if I were in the office.

The office, of course, is still there, but this flexibility means I can be just as productive wherever I am – whether that's en-route to a meeting, checking in with the office when I'm abroad or working from home.