Broadband access is a business essential. So, what do you do if the location of your premises means you can't get broadband or if your broadband connection is unreliable? Here's how to avoid lagging behind your competitors

Although it's now available to the vast majority of businesses in Britain, a small minority of firms still aren't able to receive fast broadband.

And even if you are in a coverage area, there can still be vast discrepancies between the 'up to' speed your package is advertised at and the actual speed you receive.

So, if you don't have access to broadband, or a slow connection is holding you back, you need to find a way to manage until faster connections are available in your area.

(Don't know how fast your connection is? Use our internet speed checker.)

If you have a mobile phone signal but no broadband, you could buy a dongle to plug into the USB socket on your computer. This gives you broadband access anywhere with 3G or 4G mobile coverage.

Accessing the internet this way typically starts at £10 - £15 per month, but you don't have to pay rental for a landline phone. There are also pay-as-you-go dongles available.

It's not really feasible to share a connection between more than one person, but it's a good option for a single user when fixed-line broadband isn't available.

However, many providers charge based on the amount of data you transfer. This means it can get very expensive if you use the internet a lot.

Alternatively, most modern smartphones include a ‘tethering' option, which enables other devices such as laptops and tablets to share their internet connection if they happen to be in receipt of 3G or 4G speeds.

Another option is to install your own satellite internet connection. But there will be an installation fee and you have to pay for your own hardware upfront - and then ongoing charges from £20 a month.

It should be noted that satellite connections present their own challenges, such as slow upload speeds and the requirement to house several pieces of large hardware including the satellite itself and the internal devices to which it connects.

Satellite providers in the UK include Konnect.

Wireless hotspots are a common source of internet connectivity within businesses and public locations. To connect to a hotspot, all you need is a mobile device with a Wi-Fi connection.

Hotspots can be found in places such as train stations, shopping centres, cafes and hotels. There is also a growing trend for 'shared' hotspots. Co-working spaces, where you can drop in to use the high-speed Wi-Fi internet, are one popular form. You can search for co-working spaces on sites like ShareDesk and DesksNear.Me.

This option might mean travelling into a town, but it enables you to pick up emails and update social networks regularly. If you don't use the internet at all, you risk appearing outdated.

Public wireless hotspots are also provided by broadband firms such as O2 and BT, who enable homeowners and businesses to share their own internet connections with people nearby. Just bear in mind that for services like BT Wi-Fi, you'll normally need an account.

The biggest problem with hotspots is that you're not always guaranteed to be near one. You should also consider data security when using a hotspot. Some connections are not encrypted, putting your data security at risk.

If you are not entirely isolated, there are growing numbers of people who have come up with their own DIY broadband solutions. Individuals from the affluent community of Lyddington in the East Midlands set up the company Rutland Telecom in 2002 (now a subsidiary of Gigaclear), increasing download speeds from 0.5Mbps to 32Mbps with the help of investors, then offering services to local market towns.

Another rural farmer, Richard Guy, got so fed up with his snail-paced internet connection that he set up his own business to help other rural businesses find a DIY solution. Using a 4G connection, fibre optic cables and solar panels he built his own super-fast connection delivering speeds in excess of 45Mbps.

Having no broadband access can limit your range of marketing options and ability to communicate with the modern customer, but you could turn it to your advantage by making a personal approach your unique selling point.

Find out about local networking groups by calling your local chamber of commerce or scanning the pages of the local newspaper. Face-to-face contact can be more powerful than online conversations. 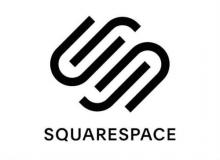