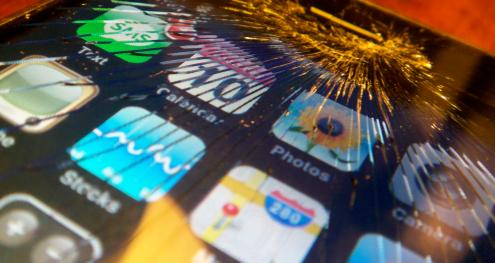 Yesterday saw another super-slick, carefully-managed, hyped-up product announcement from Apple. iPad 2 should be coming to an Apple Store near you on 25 March.

The curious art of upgrade timing

The timing of Apple's product announcements are always interesting. The last iPad was announced on 27 January 2010, and the earliest you could buy it in the UK was 28 May.

The original iPad's successor will be available in the shops less than a year on. And that poses a question that applies to all hardware manufacturers to some extent, but maybe to Apple more than most. With such frequent product releases, is there ever a good time to upgrade your existing hardware?

The battery has had it (the rest is fine)

Back in July 2008, I bought Apple's iPhone 3G, just a few days after launch. I'd held off upgrading my knackered Sony Ericsson handset for months because I figured the iPhone would be special.

And it was. It's the best phone I've ever owned and - despite showing its age now - is just about still going strong.

The battery is the problem. I charge it in the morning, yet by 8pm it’s flatter than the Netherlands. It's not going to last much longer.

(To anyone who criticised the iPhone's lack of removable battery at launch, you were absolutely right. It is ridiculous that you can't easily swap the thing - can you name another phone with the same silly design?)

To upgrade or to wait?

So, with my iPhone on the verge of flickering its last, what I really wanted to hear yesterday was that an updated model was on the way. Then I could have waited for the launch day, evaluated its competitors (because the latest smart phones are apparently much better than my iPhone), then made an informed buying decision.

But as it is, no matter how flat my battery goes, I'm loath to upgrade until I know what's coming from Apple. If the next iPhone is as much of a quantum leap as the iPhone 3G seemed at the time, I'll kick myself for moving to something like the HTC Desire instead of waiting.

It's not that I'm tied to Apple products. I'll happily buy a handset from another manufacturer if it's better. No problem. But I can't quite bring myself to do so knowing that a new iPhone is bound emerge before too much longer.

You might think I've fallen for the Apple hype. But I prefer to see it as making sure I buy at the best time.

Image of an iPhone that definitely needs upgrading from Flickr user respres under a Creative Commons licence.