The first business computer in the UK was LEO (Lyons Electronic Office). Designed and built for J. Lyons and Co, a catering and food company, it ran its first real program in 1951. LEO was based on the EDSAC computer (Electronic Delay Storage Automatic Calculator) which was essentially a large calculator that could run pre-designed programs. 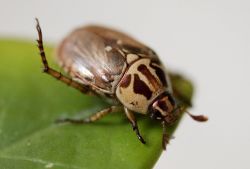 In those days a computer easily filled a room and ‘bugs’ were real bugs which would creep in and overheat the delicate vacuum tubes.

In fact, computers were few and far between, so queues to use them were a common sight.

Even into the 1960s (with machines such as the GEC 4000) and the 1970s (with the Xerox Sigma-5), the computing team was primarily engineering based.

The dawn of the desktop

In the ‘80s, many of us witnessed the dawn of the desktop computer. And it really was the desktop computer; it was pretty much tied to the user’s desk by a cable which needed to be plugged into a wall data socket. In those early days you couldn’t even move the computer without ‘parking’ the hard disk heads first.

The desktop computer created a need for IT departments full of people who knew the ins and outs of computers. They were the heroes who could rescue your work after you decided to lift the computer to clean up split coffee, without realising the movement would cause the hard disk heads to mash up the magnetic surface they were meant to be reading. (Should have parked them first.)

The changing IT department

IT departments are more devolved now. They’re more distributed and closely aligned with business strategy. You don’t see IT staff walking around with screwdrivers in their top pocket. They may not even have formal IT qualifications, particularly if IT support functions are outsourced or operated from a central location.

Computer issues are different today and they require different responses. Take the constantly shifting landscape of security threats. This is one of the most challenging areas for IT management.

In the mid-80s the biggest problems often came from users themselves. But now, now problems come from the outside - and they don’t stick to office hours. For instance, dealing with incoming spam email can be a headache.

In the past, the IT department may have been able to watch for specific words or phrases in emails, or spot spam by the address it was sent from. Spammers are more sophisticated now and make it a constant struggle.

Zero-day threats are a major problem too. No matter how up-to-date you keep your security software, you won’t necessarily be protected from threats that haven’t made it into the security software’s list yet.

With the rise in mobility and cloud computing, people are being encouraged to work from anywhere at any time. Out of office hours (and often even during office hours) they use their own equipment – from broadband lines through to smart phones, tablet computers and printers.

It’s hard to provide support when everyone’s using different equipment. And you have to think differently about where your data actually resides. The IT department (or your IT person or IT supplier) needs to think strategically. It is almost impossible to provide a complete support and governance package with such diverse equipment and standards in operation.

(The National Museum of Computing at Bletchley Park is planning to rebuild the EDSAC computer. If you have a particular interest in EDSAC you could take a look at the EDSAC Simulator from the University of Warwick.)