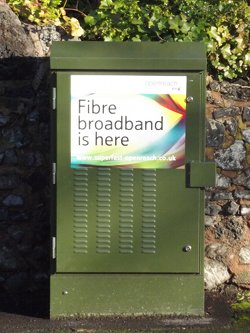 A new report into the state of UK broadband was released this week by independent think tank The Policy Exchange. By giving it the title of The Superfast and the Furious, they've already elevated it above many official reports.

The report throws up an interesting contrast between the broadband priorities of businesses and those of individuals.

Of businesses questioned, 61% said they felt providing high broadband speeds in most (but not all) areas should be prioritised over ensuring basic broadband is available everywhere.

But when consumers were asked a similar question, 64% said that achieving good basic broadband coverage for the whole country is more important than chasing very fast speeds in some areas at the expense of others.

Can't we have both?

This dilemma seems to arise whenever the spectre of 'broadband Britain' hits the headlines. When culture secretary Jeremy Hunt pledged that the UK would have Europe's fastest broadband by 2015, the opposition's response was that this meant "millions of people will have to wait at least three more years for a broadband connection".

But isn't the choice something of a red herring? Doesn't the country that generates more money online than any other G20 nation deserve 100% coverage of superfast broadband?

Some way to go

While policy experts debate how best to spend the money allocated to our broadband infrastructure, things on the ground are still confusing. Back in September, research found only 34% of broadband users actually get the maximum speed that was advertised for their particular package.

What's more, a recent poll by broadband review site ISPreview found that a massive 42% of respondents are 'unhappy' with their current internet service provider (ISP).

Ok, that's a small improvement on when ISPreview asked the same question a year ago (44% of respondents were 'unhappy'), but it's still a long way from broadband nirvana, when we will all have super-reliable, superfast connections.

The internet contributes to over 8% of the UK economy, and the continued success of online businesses of all kinds is going to be vital if we are to see a return to strong growth in the coming years.

Affordable, reliable, fast internet connections are central to achieving that - so it's about time individuals and businesses in every part of the country were able to access the high-speed connections they deserve.

How's your internet connection? Could you do more with more speed?