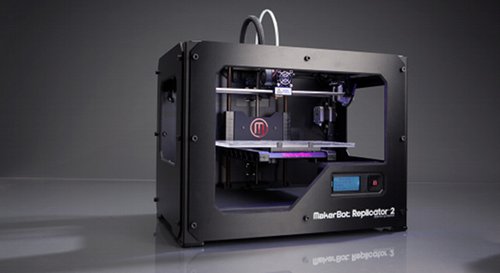 3D printing: coming to your business sooner than you think?

Spotting the pieces of technology that are going to have a significant impact on businesses is a mug's game. So we thought we'd have a go anyway.

Here are four pieces of technology we think could make a big difference to UK companies in the next 12 months. We'll be watching them closely - and as things change fast in the world of tech, we recommend you keep an eye on them too.

After many false starts and a number of flawed devices, this is a make-or-break year for tablets running Microsoft Windows.

Windows 8 is designed for touch screens, so the theory is you can have the same interface, software and files across your desktop computer and your tablet. It could be a seamless computing experience that hits iPad for six. But will it work? The next few months will tell.

We mentioned iZettle last year, but since then a whole host of other mobile payment systems have arrived on the market. For starters, check out Intuit Pay, mPowa and SumUp.

Most work in a similar way: they use an app on your smart phone plus a small card reader to take card payments.

The UK's first 4G mobile network, Everything Everywhere, got out of the blocks quickly last year. However, limited coverage and expensive data bundles have dissuaded many potential customers from signing up.

This year will be different. O2, Vodafone and Three will all be vying to launch 4G networks. The number of 4G devices available should increase, and - with luck - prices will drop as competition and coverage improve.

Make no mistake: if it's cheap enough, 4G has the potential to transform mobile working.

Ok, while we my be more than a few months off having a 3D printer in every company, these niche gizmos are on the verge of making a big impact.

3D printers let you print objects. They build them up one thin layer of plastic at a time, seemingly constructing things you can hold in your hands from thin air. This video shows you how they work.

They may not be ready for mainstream adoption yet, but the potential of these devices from companies like MakerBot and Printrbot is huge - particularly for designers who want to create prototypes quickly and cheaply.

In the future, we may see spare parts for everything from furniture to cars simply printed to order.