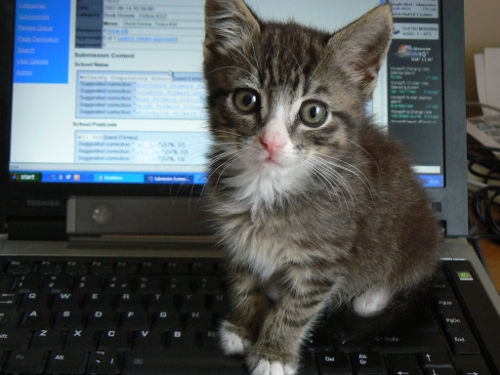 One of the hazards Yahoo is saving its home workers from. (Image: dougwoods on Flickr.)

More businesses than ever are embracing home working. Until last week, it even felt like the argument over whether home working is beneficial had been won.

But then a leaked memo revealed that one of the web's trailblazers - Yahoo - is shifting back to a more traditional working environment.

AllThingsD.com broke the story by publishing excerpts from the company memo:

“Speed and quality are often sacrificed when we work from home,” reads the memo to employees from HR head Jackie Reses. “We need to be one Yahoo!, and that starts with physically being together.”

Painfully awkward as this is phrased, it means every Yahoo get to your desks stat!

For a company that once led the way but has bounced from problem to crisis in recent years, this seems like an astonishingly backward step.

That's because these days, home working isn't the preserve of software engineers working in cutting-edge roles. It's something nearly everyone in an office-based role can do.

The new culture of flexibility

The ability to work flexibly from home is closely tied to business technology. That technology has reached a point where saying "our IT system can't support it" is no longer a valid excuse.

Quite the opposite, in fact. The shift to cloud computing means it's just as easy for workers to access data from home as it is when they're in the office. There's no need for complicated virtual private networks so staff can log in remotely.

What's more, there are plenty of collaboration tools that can keep your people talking even when they're in different locations.

That's not to say home working is for everyone. For instance, try doing your job as a tree surgeon or dentist from home and see how well that goes.

And while it is possible to operate a business where everyone works flexibly all the time, most companies encourage staff to spend some time in the office. It helps build a feeling of togetherness. This seems to be why Yahoo is clamping down on home working.

But really, if your business mostly involves people using computers in an office, it's likely many of those people could do their jobs every bit as well from home.

They might even work harder and save you some cash on office costs. Isn't that worth thinking about?