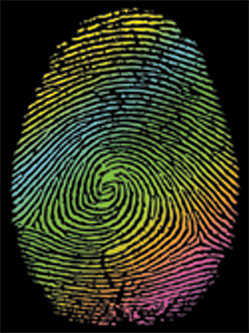 You’ve already seen our exciting IT predictions for 2014. But what of IT security and data protection? Are there any threats your business needs to know about?

Alex Balan, head of product management at internet security firm BullGuard, has come up with these ten predictions.

It’s devious and destructive and it makes hackers money. Ransomware has been around a while, but because it’s effective it’s going to be around for a lot longer.

A good example of ransomware is Cryptolocker. It encrypts your documents and shows a message saying you must pay a ransom to get your computer back. If you don’t pay up then you lose your data — and there’s little anyone can do to help you.

There is a growing body of evidence to show mobile devices being attacked, with online criminals often aiming to steal personal financial details.

This is hardly surprising given the explosive growth in smart phones and tablets. There’s plenty of data on mobile devices to be stolen. Hackers can also make money by setting up their own premium-rate numbers, then dialling them from compromised mobile phones.

The news about the NSA and GCHQ monitoring internet traffic, emails and phone calls was the most important cyber security event in 2013. These revelations have increased awareness of the need for personal security.

Until now, people have generally only taken security precautions reactively, typically after something has happened. But now they’re becoming more proactive. This will create a growth in technologies to help users keep their communications and data private.

We’re likely to see more attacks on old software and systems that are full of security holes. For example, Microsoft XP reaches the end of its life in April, which means no more updates, even if a security problem is found.

This popular but creaking operating system is widely used and how many people know Microsoft is turning its back on it? Hackers know, of course. There will be many attempts to find new exploits in XP, which means many people will fall victim to malware.

5. The internet of things

You may or may not have heard of the ‘internet of things’. It describes the increasing connectedness of everyday objects. We have internet-connected webcams, CCTV systems, televisions, digital video recorders and even baby alarms. These devices may be vulnerable to attack.

It might sound bizarre, but soon we’ll see fridges, toasters and other devices that are hooked up to the internet. Don’t be too surprised when you hear of these things being hijacked by hackers (fancy a hacked toilet, anyone?).

Never in the history of humankind has an industry grown so rapidly and so pervasively as technology. It reaches into every corner of our lives. Film cameras are a thing of the past, physical bank branches are becoming quaint and well-known retailers have disappeared from the High Street.

But what happens when computers crash? Thankfully, more people are aware of the potential for damage, and this is leading to an increase in back-up technologies. Expect the arrival of more backup services this year — especially ones that work over the internet.

Biometric authentication is widely regarded as the most secure form of identity control. Early systems were slow and intrusive, but because today’s computers are faster and cheaper than ever, the interest in biometrics has been renewed.

8. The deep web gets deeper

Law enforcement agencies have scored some significant ‘deep web’ successes the past year, most notably taking down of the Silk Road web site, which allowed users to buy anything from heroin and cocaine to guns and fake currency could be bought.

Authorities will continue to make inroads into the deep web in 2014 but the odds are that deep websites will respond by making it harder to take down sites or identify the people responsible.

9. Smart phones in the workplace

You may not realise it, but when you take your smart phone into the workplace and hook it up to your computer, you’re committing a security faux pas. If your device has malware on, you risk releasing it into the company network.

Hackers love breaking into company networks because they are treasure troves. And because smart phones are so popular, hackers are targeting them in order to access corporate networks. We’ll see an increase in this type of activity in the coming year, so it pays to be aware.

When an internet service provider (ISP) gets hacked it resonates long and loud. In April 2013 UK giant BT dumped Yahoo as its email provider following months of hacking complaints from customers.

Many hackers break into ISP systems just to get free broadband, but at the organised crime end of the spectrum it’s done to launch large-scale spam and malware attacks. Don’t be surprised to see more ISP hacks in the coming year.

This is a guest post from Alex Balan, head of product management at BullGuard.