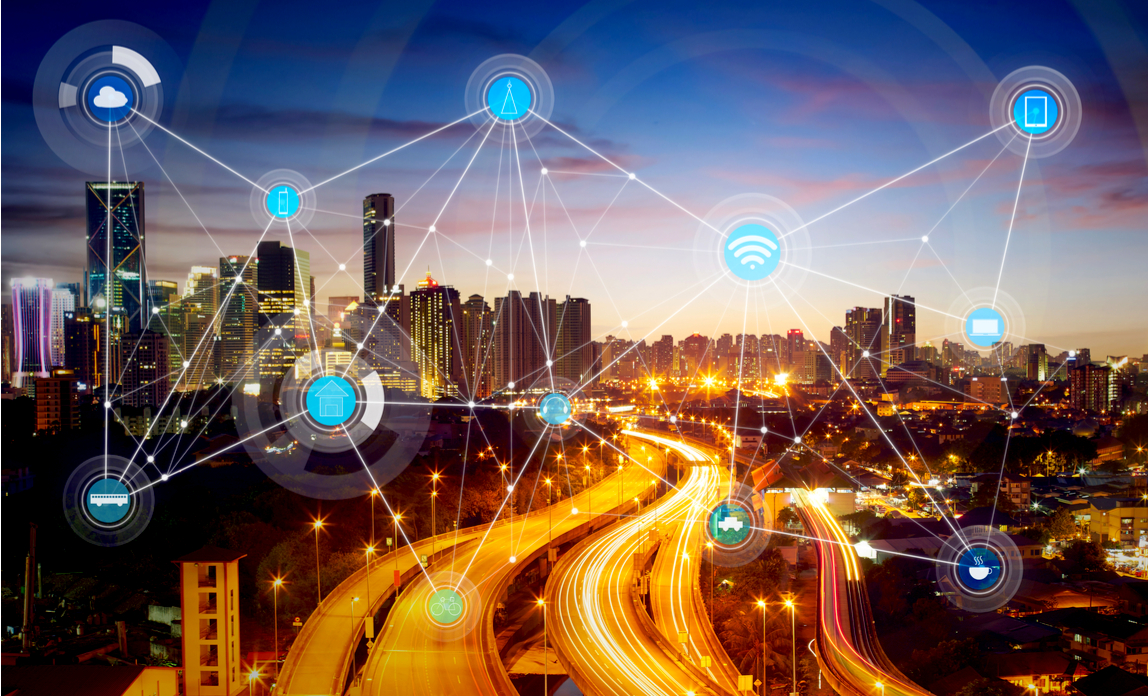 How might the smart city story evolve from hype to action in the coming decade?

While there are many ways the future could unfold, here is a possible timeline for the evolution toward smart cities.

We increasingly see carrot and stick approaches to changing people's habits. Local authorities are starting to penalise drivers who use fossil fuel-based cars. For example, London has an increased congestion charge for the most polluting cars. Other cities could continue the trend to encourage the use of public transportation.

Cities could incrementally deploy a blanket of data collection sensors to monitor traffic and people. Main streets and intersections would become key nodes in the integrated network of a municipal mobility and transportation management system. The rise of the Internet of Things (IoT) could turn each sensor into a connected device able to analyse data in real time. Machine learning applications would progressively suggest improvements to system operators.

As the spread and reliability of the charging infrastructure improves, more drivers are choosing electric vehicles. Lamp posts could be retrofitted into charging stations - possibly using solar energy. Additionally, cities could collect data on energy usage and pollution levels on roads to help plan further developments - possibly even self-charging roadways.

Data could be collated from an evolving and expanding IoT, encompassing traffic lights, cameras, pollution sensors, and personal devices - all feeding cloud-based data stores. Crunching the data is becoming easier due to rampant growth in the use of algorithms, artificial intelligence (AI) and predictive software.

Smart roads could feature ultra-efficient self-monitoring, self-powering and maybe even self-repairing mechanisms. Over time, as the constituent parts are implemented, the concepts of smart cities and smart infrastructure should feel less visionary and more strategic; “smart” may become the new normal. So, gradually, autonomous vehicles and robot deliveries may become commonplace, while fossil fuel vehicles could be banned from city centres.

Many city centres could change radically as technology enables more flexible working and changing employment patterns drive growth in the gig economy - with retail and business premises repurposed for residential and leisure use. For example, the real estate footprint of stores may shrink as retailers opt for check-out free models and digital displays with “click and collect” or home delivery options.

The data collected through sensors and cameras could mean autonomous buses and trains (surface and subway) are managed through a transport control centre that automatically matches services to demand. Encompassing automated road and rail signalling, and live predictive analytics to make best use of roads and railtracks, the system could enable significant increases in public transport capacity and a reduction in privately-owned vehicles.

Embedded sensors could monitor surface and sub-surface road conditions. With traffic flows monitored constantly against transport control centre data on the maintenance history of all road surfaces. Predictive analysis would allow local authorities to undertake proactive maintenance. This would reduce the need for lengthier and more extensive repairs later, and minimise disruption to traffic flows.

As positive experiences with autonomous vehicles accumulate, we could see the first municipality or nation to outlaw human drivers because the risks are too great and errors too high compared to the safety record of autonomous cars.

We are moving from hype to the potential for positive action on smart cities - laying down the challenge for city leaders and planners to ensure their strategies are centred on harnessing technology's capabilities to ensure a very human future for citizens.